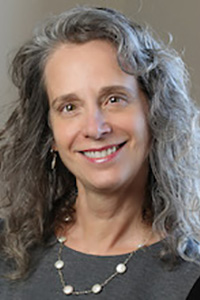 Plastic pollution is a matter of increasing global concern.  In 2015, a report by McKinsey & Company stated that “the amount of unmanaged plastic waste entering the ocean has reached crisis levels.” Assuming a constant level of fish stocks, the weight of plastic pollution in the ocean in 2050 is projected to exceed the weight of the fish. The concern reaches all levels of government from the local to the national.  Solutions include plastic bag bans, taxes or fees on single-use plastics, incentives for reusable bags, and incentives for recycling.  Recycling has become a particular issue since early 2018, when China announced it would stop accepting imported plastic waste. Plastics pollution creates significant environmental externalities, such as harm to natural systems, greenhouse gas emissions from production and after-use incineration, and human health impacts from endocrine disrupters released when plastics degrade. Environmental taxation should be an efficient solution to the plastics pollution problem, if properly designed.

Part I of this article will briefly discuss the history of plastic, its chemical origins, and the growing concern about plastics pollution. Part II focuses on environmental taxation as practiced in the United States, including energy tax incentives. Oil is the feedstock for most plastic products and energy is required to transform that feedstock into plastic, so an examination of existing energy tax incentives can inform a potential path forward for controlling plastic waste.  Part III compares the effect of tax incentives and tax “penalties,” considering the question of whether carrots or sticks might be most effective in controlling plastic waste.  Part IV assesses the various solutions to the plastic waste problem, both proposed and in effect worldwide.  I will then conclude with recommendations.