Following up on my previous post, The Left Wants A Philanthropy Of The Few:  Chronicle of Philanthropy op-ed:  Conservatives Should Applaud — Not Fight — Efforts to Change Philanthropic Giving Rules, by Craig Kennedy & William Schambra: 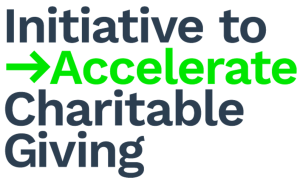 A new proposal to pull more money out of private foundations and donor-advised funds and hand it to charities drew the immediate ire of conservatives, inside and outside of philanthropy. Elise Westhoff, CEO of the conservative Philanthropy Roundtable, called the tax-code changes proposed by philanthropist John Arnold and Boston College law professor Ray Madoff a “solution in search of a problem” that “would stifle charitable giving when it is most needed.”

As veterans of conservative and centrist philanthropy, we believe that this opposition is wrong-headed and shortsighted. Rather than resist the modest changes to the tax code proposed by Arnold and Madoff, conservatives should see them as the first step toward retooling a philanthropic world that has become too politicized and self-interested. ...

In lieu of establishing a clear demarcation between charity and politics, responsible conservative philanthropists should support all efforts to diminish the power of wealthy donors who see philanthropy as simply politics by other means. They should applaud any proposals to make foundations and DAFs more accountable and transparent.

The Arnold-Madoff plan is a start in that direction. But conservatives would be wise to push for a bolder plan that addresses the conflation of political and charitable causes — and clearly defines what constitutes legitimate charitable goals. That’s the only way to ensure philanthropy doesn’t lose all credibility and become completely politicized. Let’s focus on what really matters.