Black Law Students Are Thriving At Places Like Georgetown, But There Still Aren’t Enough Of Them 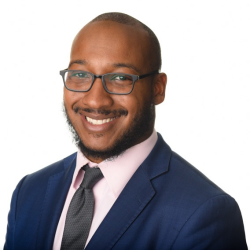 In 2013, just over a month after George Zimmerman was acquitted in the killing of Trayvon Martin, I walked into my first day at Georgetown Law. I was the only Black student in my section of more than 70 students.

Both my undergraduate GPA and my LSAT score were well below Georgetown Law’s median. I almost certainly benefited from affirmative action in my admission. Critics of affirmative action would have labeled me “unqualified” and unlikely to thrive at Georgetown — and left my first-year section completely devoid of Black students.

That’s the critical broader context to a racist incident that thrust the Georgetown Law community into the public eye last week. ...

In 2019, Black students accounted for just 7.6 percent of incoming law students nationwide. The success of Black students in elite institutions is remarkable given the unique problems they face when they arrive — in particular, how isolated they can be.

White students rarely understand the emotional drain of racial isolation, particularly against the backdrop of white supremacy. But it is no insignificant thing. Black students face “stereotype threat,” a well-researched phenomenon that explains how group stereotypes cause stereotyped students to perform poorly on standardized tests. And their small numbers mean that, as with Sellers, their performance is racialized in ways that White students never have to face. ...

If we’re interested in helping Black students succeed in elite institutions, we can start by making sure that there are more of them. Just three weeks ago, an anti-affirmative action group filed a petition asking the Supreme Court, with its newly strengthened conservative majority, to prohibit race-based affirmative action. Contrary to justifying a rollback of affirmative action policies, the controversy at Georgetown demonstrates just how important it is for the court to decline that invitation.