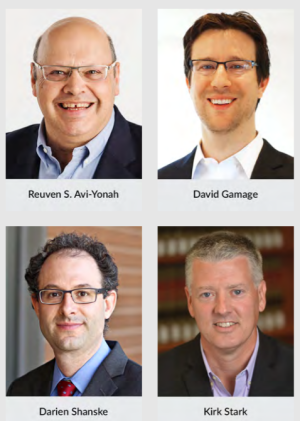 It is well known in tax literature that rudimentary tax planning strategies enable wealthy individuals to avoid state and federal income tax on much of their true economic income. Indeed, the existing income tax has been described as being effectively optional for those who derive their income chiefly from the ownership of assets rather than the provision of services. The reason is — except for a few relatively narrowly tailored deemed-realization rules — both state and federal income taxes rely on the realization principle. Under realization accounting, taxpayers generally do not owe tax on economic gains until they sell their appreciated assets. Moreover, this is so even when taxpayers fund lavish lifestyles by borrowing against their appreciated assets.

Legislation under consideration in New York would limit the ability of the state’s wealthiest taxpayers to escape tax in this manner. The Billionaire Mark-to-Market (MTM) Tax Act (S. 8277B/A. 10414) would require these taxpayers to reports gains and losses as they accrue, rather than upon sale or exchange as under current law.

Opponents claim that the MTM Act is unconstitutional. In a separate essay, we will explain why and how the New York Constitution authorizes accrual taxation through deemed realizations as in the MTM Act (and also as in a number of existing provisions of state income tax law). Here, we evaluate the retroactivity concerns that the legislation’s opponents have raised.

On its face, the MTM Act is not retroactive.

A retroactive tax can be understood as one that alters one’s liability for a tax year before enactment of the tax. For example, most would agree that if Congress enacted legislation in 2020 requiring taxpayers to recalculate their 2015 income tax liability with new higher rates, that measure would fit the common-sense definition of a retroactive tax. By contrast, the MTM Act would introduce a new method of income tax accounting for gains and losses for a small subset of wealthy New York taxpayers. It would apply a prospective tax at the regular state income tax rate on resident billionaires’ unrealized capital gains through a deemed sale mechanism. The act’s mark-to-market method of accounting is a well established approach in federal and New York income tax law for some types of taxpayers (for example, dealers in securities) and some types of financial instructions (for example, specific futures contracts). By extending the mark-to-market accounting method to a new class of taxpayers, the MTM Act would apply more broadly than these features of existing law. The MTM Act would generate an estimated $23.3 billion in additional state revenue in 2020, and another $1.2 billion in each subsequent year.

Three features of the MTM Act could raise retroactivity issues. First, there is a question whether the state can apply a deemed-sale mechanism going forward given that this mechanism would affect gains accrued before the current tax year. Second, the act would apply to all unrealized capital gains since a billionaire became a New York resident, so in the first year it could tax the accumulated gains of many past years. Third, the MTM Act defines state residency based on a billionaire being present in the state for 183 days in 2020, and since we are now in February 2021 (as of publication), billionaire taxpayers would likely have already satisfied the residency requirement based on their past presence in the state.

Do these provisions raise a federal or state constitutional issue? The MTM Act will likely be challenged in the courts, so it is important to resolve this question. ...

Conclusion
If the New York MTM Act is enacted, some billionaires are likely to challenge it in court, but it would almost certainly be upheld against any constitutional challenge based on retroactivity. In that case, it could be a model for other states and for the federal government if it seeks to move away from the outdated realization requirement, as U.S. Sen. Ron Wyden, D-Ore., has proposed to do.