WSJ: To Malibu And Beyond — A Home That Looks Like The International Space Station Asks $20 Million

Courtney and I love living in our home on campus, but it is hard not to be tempted by this Malibu housing bargain:  Wall Street Journal, To Malibu and Beyond: A Home That Looks Like the International Space Station Asks $20 Million: 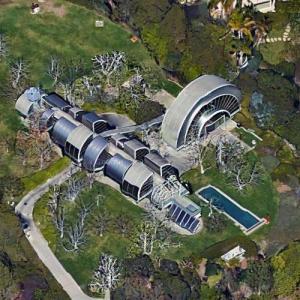 Imagine if the International Space Station landed on a Malibu, Calif., hilltop overlooking the ocean, and you might get somewhere close to envisioning the onetime home of the late Milton Sidley and his wife, Saralyn Sidley.

The property is an eye-popping blend of curved steel and glass that appears at one end to hover over the landscape. From above, it looks more like a factory—or the secret lair of a Bond villain—than a family home. ...

The property is now being sold by the Sidleys’ children. The children are adults with their own children and homes and don’t have a need for the property, which was built specifically with their parents in mind, said Ms. Niles. Ms. Sidley is now in her 80s and no longer lives at the property. ...

The Malibu Market
The Malibu market has been extremely active over the past two quarters, according to appraiser Jonathan Miller, who reported a more than 85% increase in deal volume in the third and fourth quarters of 2020, compared with the same period last year. "What we saw coming out of the lockdown is a lot more sales activity than we've seen over the last couple of years," he said.

The median price for a Malibu home was up, too, to a record $3.2 million in the fourth quarter, driven by sales of larger homes.