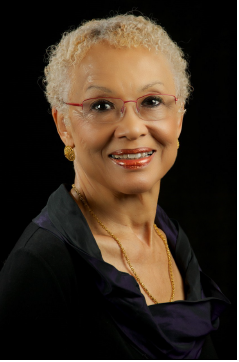 Loretta Collins Argrett graduated from Howard University with a B.S. degree in chemistry, with honors. Upon graduation, she received a Fellowship for summer study with the Swiss Federal Institute of Technology in Zurich, Switzerland whose Chief years later was awarded the Nobel prize in Chemistry. When she returned to the States, she worked for several years as a research chemist at local U.S. government institutions and became the co-author, with senior researchers, of a few scientific publications. Then, she decided she wanted to become a lawyer and, with the support of her husband, applied to Harvard Law School where she was accepted. At the time, she was 35 years old and the mother of two children (13 and10 years), who also moved with her to new schools in the Boston area. She graduated in 1976, and the family moved back to their home in Maryland. She has had a trailblazing series of firsts in her tax law career:

the first African American (“AA”) staff member of the U.S. Congress Joint Committee on Taxation; the first AA woman partner at Wald, Harkrader and Ross in Washington, D.C.; the first AA to serve as the Assistant Attorney General, Tax Division, in the U.S. Department of Justice. She also was the first AA woman in Justice Department history to hold a position that required Senate confirmation. In Academia, she was a tenured professor at Howard Law School and an adjunct professor at both Georgetown and American University Law Schools. For a time, she served on the Board of Advisors of the NYU/IRS Continuing Professional Education Program.