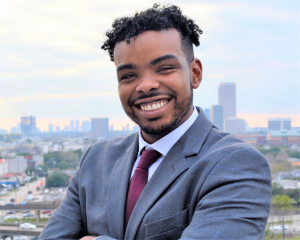 In the nearly six decades since Tulane University admitted its first Black students, attempts to diversify the New Orleans campus have been glacially slow to reach one of its most revered programs: The 105-year-old Tulane Law Review.

Antonio Milton, a 22-year-old law student from Carencro, aims to change that, and in a big way he already has.

The second-year law student won election recently to become the first Black editor-in-chief of the prestigious, student-run legal journal. According to Milton, he’s only the 10th Black member in the law review’s history, and its only current Black member. ...

Tulane admitted its first five Black students in 1963, and Milton said he jumped at a chance “to expose and reconcile with our past — Tulane’s own history of being segregationist, its history of being one of the last holdouts of the South.”

Milton said he aims to balance “putting out the best-quality articles and legal scholarship” with “also wanting to engage in many more diverse voices of authors...more scholars of color, scholars with more non-traditional backgrounds. ...

These days, the law review’s website features a broad slate of articles under the “Black Lives Matter” heading. Among them are legal analyses of some hot-button issues related to race in Louisiana: non-unanimous jury verdicts, the state’s habitual offender law, and its strained system of indigent defense. ...

Tulane law professor Ronald Scalise Jr., the faculty advisor for the law review, said the large majority of its members are chosen by their grades, with a handful each year selected through blind writing submissions. This year, however, all of the law review members were chosen through “write-ins” due to a lack of grades from the pandemic, he said.

Milton was among them. He then impressed his fellow review members in his campaign for the top post.

“He’s a remarkable young man, and I think the law review sort of decided to follow his lead for the next year, which is going to be an exciting time for us,” said Scalise.

He said the law review has been reviewing whether to change its admission rules, possibly with less adherence to grades, “with a view of trying to get the best members and diversity we can.”

Milton's election to the editor’s post comes as the university continues to lag in diversity among its student body and faculty.