Tobin: The Tax Code Can Save The $15 Minimum Wage

TaxProf Blog op-ed:  The Tax Code Can Save the $15 Minimum Wage, by Donald Tobin (Dean, Maryland): 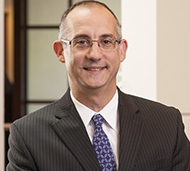 The Congressional Budget Act created a procedure for reconciling the budget when it is not in balance.  This procedure, termed “reconciliation,” provides for an expedited procedure for approval of certain bills related to the budget.

Prior to 1996, this process was mainly used to reduce the deficit, but in 1996 the Republican majority in the Senate significantly changed the process to allow a wide variety of legislative proposals to avoid the filibuster and become law with 51 votes (50 senators plus the Vice-President).  This process has been used several times by the Republican majority to pass tax cuts, including the 2017 tax cuts, and by Democrats to modify provisions in the Affordable Care Act.  The 1996 change may now be used by the Democratic majority to pass legislation with a simple majority, thus avoiding the 60-vote hurdle to cut off debate in the Senate.

During the debate on this change in 1996, then Senate Minority Leader Tom Daschle opposed this change. Senator Daschle, in a statement incredibly prescient to the current situation, explained “I must tell you, what goes around comes around. I cannot see any reason why Democrats—once back in the majority—cannot conveniently begin to use reconciliation packages for all kinds of legislative agendas.”

As a tax law professor, I often tell students that almost anything can be done through the tax code.  From subsidizing retirement to regulating the disclosure of contributions to political organization, that tax code is full of policies that could be handled either from the spending side or the tax side.  Regulating the minimum wage is no different, and tax legislation could be designed to create a $15 minimum wage.

For example, Congress could pass as part of budget reconciliation an employer payroll tax that would apply to wages under $15 an hour. This would raise revenue and would be completely consistent with the budget reconciliation rules.  The tax rules already limit deductions for businesses who pay excessive wages, so there would be nothing to limit Congress from creating a tax on employers who paid insufficient wages.

Congress could then in a separate provision provide for a refundable tax credit to working people who are paid less than $15 an hour.  The credit would be valued at the difference between the employee’s hourly wage and $15 an hour.  This would provide employees a tax credit to ensure they made a livable wage while increasing the taxes on business who failed to pay the livable wage.  Businesses could avoid the tax simply by paying workers $15 an hour.  Again, as a tax credit, this provision would comply with budget reconciliation rules.

In addition, this tax and credit could be variable and could be modified by State or even local area thus accounting for wage differentials in different states.  While this method is clearly more complicated and less efficient than simply raising the minimum wage, it clearly complies with senate budget reconciliation rules. There may not be a majority in the Senate for raising the minimum way, but if there is, reconciliation can be used to allow it to be considered and voted on in a timely fashion.