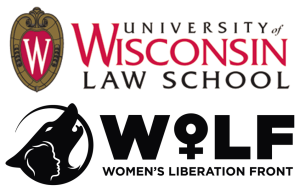 The University of Wisconsin Law School and several of its student groups are at odds over an upcoming recruiting event because the school is allowing an organization that rejects the existence of transgender identity to participate.

QLaw, a student group that advocates for the school’s LGBTQ student population, is spearheading the effort encouraging administrators to remove the Women’s Liberation Front from its lineup of public interest and government employers interviewing students for internships or post-graduation jobs.

Women’s Liberation Front describes itself as an organization dedicated to advancing and restoring the rights of women and girls.

But the group has a history of opposing gender identity legislation and worked with conservatives in fighting transgender rights, seeing trans activism as coming at the expense of women’s rights.

“Mainstream progressives have long shunned the organization, calling it a discriminatory, right-wing group disguised as feminist,” The Washington Post wrote last year in a story about the Women’s Liberation Front.

Law school Dean Daniel Tokaji said in a statement through a spokesperson that the school opposes discrimination in all forms and that, as far as he is aware, this is the first time Women’s Liberation Front has used the school’s Office of Career and Professional Development services. He cited First Amendment obligations in opening job fairs to employers with different viewpoints. ...

The school, in a statement released over the weekend, acknowledged that it disagrees with positions Women’s Liberation Front embraces, but argues that their differences don’t justify excluding the group from recruitment programs. ...

Members of QLaw wondered what follow-up, if any, the school does to confirm employers do not discriminate in their hiring practices. They met last week with Tokaji and Megan Heneke, assistant dean of the school’s Office of Career and Professional Development, where they said administrators suggested both trans students and those whose gender identity matches their sex assigned at birth apply for positions at Women’s Liberation Front to see if there was a difference in who received offers.

UW Law School Statement on Women's Liberation Front and Opposition to Discrimination Based on Gender Identity and Expression:

The University of Wisconsin Law School embraces equality and opposes discrimination in all its forms. That includes a commitment to providing equal opportunity to all people regardless of race, color, sex, religion, national origin, age, disability, genetic information, veteran status, sexual orientation, gender identity, and gender expression. Employers who use our campus facilities, post jobs in our job bank, or participate in on-campus interviews or resume collections must not discriminate on these bases in their hiring practices.

Women’s Liberation Front has certified that it complies with our nondiscrimination policy and does not discriminate based on sex or gender identity in its hiring. We have no information to the contrary. However, this group also embraces positions contrary to the core values of this Law School, most notably its opposition to anti-discrimination protections based on gender identity. We strongly disagree with its position. But that disagreement does not justify excluding it from posting an employment position with us. To exclude an employer based on its ideology or expression — including positions taken in court — would constitute viewpoint discrimination contrary to the First Amendment. As a public institution, we have an obligation to refrain from all forms of legally prohibited discrimination, including viewpoint discrimination.

Inclusion is a core value of UW Law. We welcome and embrace our transgender students, and will not tolerate discrimination based on gender identity or expression by any employer who lists with us. We must also refrain from discriminating against employers with different viewpoints, including ones we find noxious. Adherence to this constitutional obligation does not mean we support their views or litigation positions. To the contrary, UW Law School is emphatically committed to the principle of equal opportunity for all people, including freedom from discrimination on the basis of gender identity or expression.

As an organization dedicated to defending civil rights, the Women’s Liberation Front (WoLF) commends The University of Wisconsin Law School (UW Law) in its decision to uphold the First Amendment by refusing to discriminate against organizations with diverse viewpoints.

WoLF chose to participate in the school’s Public Interest Interview Program because of UW Law’s long tradition of public service and the “Law-in-Action” approach to legal education, which teaches future attorneys how to navigate the real-world complexities of the law. This tradition aligns with WoLF’s mission to advance and restore the rights of women and girls, combat the global epidemic of male violence, and resist the harms of an expanding sex industry.

In response to a statement by the student organization QLaw, the UW Law statement of support reflects our shared value of defending civil liberties, even when disagreements arise. While publicly funded institutions are legally required to uphold the First Amendment, UW Law's statement demonstrates courage in the face of a toxic intolerance pervasive within University and college campuses.

WoLF’s defense of hard-fought single-sex spaces, sports, and services serves the public interest of the women and girls of Wisconsin. As 2020 national polling showed, the majority of Americans in states as different as Idaho and California agree that single-sex spaces for women and girls should be protected. Just last month, a Wisconsin court ordered the Department of Corrections to transfer a man convicted of repeatedly raping his ten-year-old daughter to the women’s prison, since he now identifies as a woman. The vulnerable women in state custody, who are disproportionately women of color, will soon be housed in close confinement with a dangerous sex offender.

While organizations like QLaw may find this acceptable, WoLF stands with UW Law in the recognition that public interest organizations have the freedom to speak out against such policies and must not be discriminated against for doing so.

UW Law’s commitment to protecting civil liberties affirms why WoLF chose to partner through its Public Interest Interview Program. We look forward to interviewing a diverse range of qualified candidates as well as working with UW Law to build up the next generation of lawyers with a steadfast dedication to freedom for all—including women.