Law360, Are You A Partner? Here's How Your Compensation Stacks Up:

At U.S. law firms, members of the partnership have roles that come with big responsibilities and big payoffs. Our deep dive into Law360 Pulse's recent survey of law firm partners reveals how much partners are rewarded for their efforts. ... Respondents reported a wide range of total compensation, from less than $200,000 on the low end to over a million annually on the high end.

While many partners reported high compensation levels, factors including their partnership status, the size of the law firm, the law school they attended, and their gender may determine exactly how much is added to their coffers annually. ...

Differences in compensation totals also appeared to be a matter of degrees. Among partners who attended a Top 25 law school, according to the law school rankings compiled by U.S. News and World Report, more than half [55%] reported that their compensation was at least $500,000, as compared with just under 40% for both respondents with an alma mater ranked 26th through 100th [39%] and those with a law school degree from a school ranked outside of the top 100 [37%]. 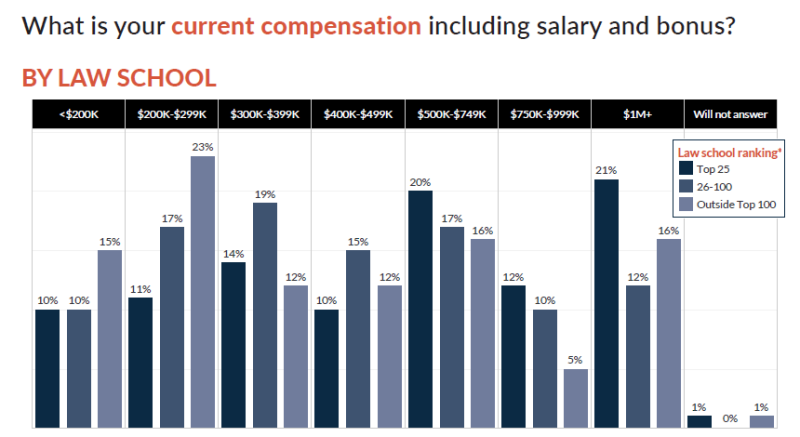 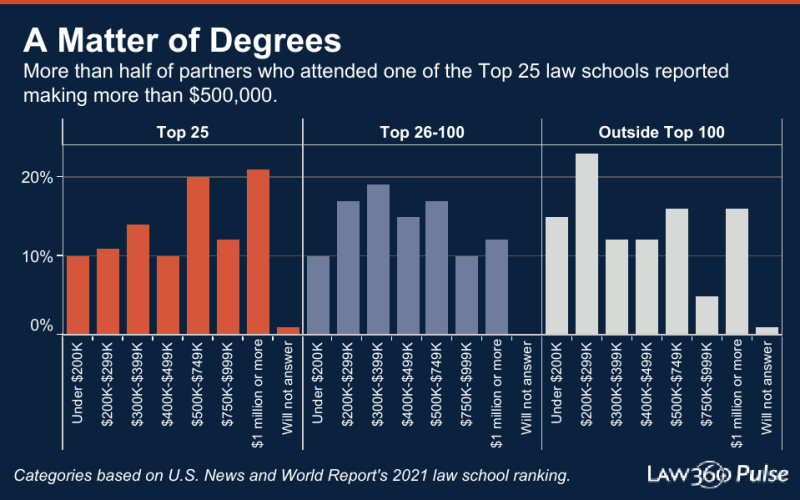 While a law firm isn't typically making individual compensation decisions based on where each attorney went to law school, some of the most profitable law firms often recruit largely from top-tier law schools.

"Law school is a factor as to where you can go," said Larry Scott, senior director at recruitment firm Parker and Lynch Legal.