Lesson From The Tax Court: The Fearsome Scope Of Evil §280E

When Congress creates a tax benefit, it often qualifies that benefit.  Many time Congress does that in the very provision granting the benefit.  For example, the exclusion for employee fringe benefits in §132 contains many qualifiers, such as a non-discrimination requirement for several of the benefits. Other times, however, Congress writes a completely different statute to qualify a benefit.  You find many of these statutes gathered in Chapter 1 (“Normal Taxes), Subchapter B (“Computation of Taxable Income”), Part IX (“Items Not Deductible”), starting with §261.  Just when a taxpayer gets all happy by being allowed a deduction by some statute, one of these swoops in to deny or qualify the deduction.  So I call these the “evil 200’s.” 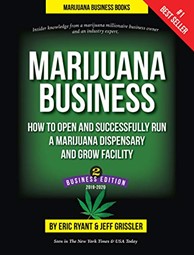 In San Jose Wellness v. Commissioner, 156 T.C. No. 4 (Feb. 17, 2021) (Judge Toro) the Tax Court interpreted §280E broadly to prohibit deductions for depreciation and for charitable contributions.  While one might read the opinion as saying that §280E prohibits deductions for all expenditures made by a marijuana business, regardless of that expenditure’s relationship to the operation of the business, I do not think it actually goes that far.  At least I hope not.  Details below the fold.

The Law:  A Structure To Deductions: Gap-Fillers and Over-Lappers
Normally, Congress taxes only business income net of costs by structuring the calculation of taxable business income as gross business income minus relevant costs.   The broadest set of deductible costs are described in §162 which permits deductions for “all the ordinary and necessary expenses paid or incurred during the taxable year in carrying on any trade or business.”  Many other statutes authorize more specific types of deductions.

Sometimes those other statutes are gap-fillers.  They address gaps in the scope of §162.  For example, §165 permits deductions for “any loss sustained during the taxable year and not compensated for by insurance or otherwise.”  That means we do not have to worry whether a “loss” is an “expense” deductible under §162.  Section 165 covers it.   Similarly, sometimes a cost of doing business is not really an “expense” within the scope of §162 because the cost aids in the production of income over multiple future years.  Various statutes address this gap, notably §167, which permits a yearly depreciation deduction of a reasonable allowance for the exhaustion, wear and tear of “property used in the trade or business.”

Other times, however, other statutes are what I call over-lappers.  They authorize deductions regardless of whether the cost is incurred in a trade or business.  A typical example is the §170 deduction allowed for charitable contributions.  While some types of charitable contributions might fall within the ordinary and necessary scope of §162, the deduction allowed by §170 does not require any connection to the carrying on of a trade or business.  Its purpose is broader than accurate reflections of business income.  Thus, even charitable contributions that have no connection to a taxpayer’s business—and so would not be permitted under §162—are still deductible under the authority of §170.  Other examples of over-lappers are §163 (interest) and §164 (taxes).\For those who like diagrams, I find this a useful way to think about this second category of over-lapper statutes, using §170 as the example.

Law: How §280E Fits Into The Above Structure
Normally, the legality of the taxpayer’s trade or business affects neither the application of §162 nor the gap-filling nor over-lapper statutes. See, e.g. Edmondson v. Commissioner, T.C. Memo. 1981-623.  However, §280E alters the normal structure of deductions for one particular type of illegal business.  In fact, it was the Edmondson case that prompted enactment of §280E.  That statute is short, so I reproduce it here in full:

Alert readers will notice the strong parallel between the prohibitory language in §280E and the language in §162.  Both statutes use the phrase “paid or incurred during the taxable year in carrying on any trade or business...”  More on that below.

Marijuana is still a controlled substance prohibited by Federal law.  Thus, any businesses engaged in the trafficking of marijuana is subject to the restrictions of §280E.  Such business have grown like weeds in recent years and they have engaged in substantial litigation with the IRS over the scope of §280E.

The Tax Court has sometimes agreed with taxpayers on the scope of §280E.  For example, consistent with the legislative history, the Court has held §280E does not prohibit taxpayers from calculating their gross business income using Cost of Goods Sold, see e.g. Alterman v. Commissioner, T.C. Memo. 2018-83 (June 13, 2018) (supported by legislative history).  For more background, see Bryan Camp, Lesson From the Tax Court: Into the Weeds on COGS, TaxProf Blog (June 25, 2018).

Similarly, the Tax Court has agreed with taxpayers that expenditures properly allocated to a non-marijuana trade or business are not prohibited by §280E simply because the same taxpayer also has a marijuana business.  Californians Helping to Alleviate Med. Problems, Inc. v. Commissioner (CHAMP), 128 T.C. 173, 182 (2007)(“We hold that section 280E does not preclude petitioner from deducting expenses attributable to a trade or business other than that of illegal trafficking in controlled substances simply because petitioner also is involved in trafficking in a controlled substance.”).

However, in other respects the Tax Court has interpreted the scope of §280E very broadly.  For example, the Court has construed the word “trafficking” very broadly to include the business of dispensing medically prescribed marijuana under a highly regulated state law regime.  CHAMP at 181 (rejecting taxpayer argument that its business of dispensing medical marijuana  was not “trafficking”).  Similarly, the Tax Court has rejected reading the phrase “if such...business...consists of trafficking...” as limiting the scope of §280E to only those businesses whose entire business was trafficking.  The Tax Court instead construed the term “consists” to mean “any trade or business that involves trafficking in controlled substances, even if that trade or business also engages in other activities.”  Patients Mutual Assistance Collective Corp. v. Commissioner, 151 T.C. 176, 190 (2018) (emphasis supplied).

This case falls into the group of cases where the Tax Court has decided that §280E should be read broadly.  Let’s take a look.

Facts
The taxpayer is in the business of growing and dispensing medical marijuana in California.  It also sells marijuana-related merch and provides acupuncture services, but it did not argue that those were separate trades or businesses.  Five years are at issue: 2010, 2011, 2012, 2013 and 2015.  In those years the taxpayer claimed various depreciation deductions and charitable contribution deductions.  The IRS denied both groups of deductions.  The Tax Court agreed.

Lesson 1: §280E Prohibits Deductions Allowed by Gap-Filling Statutes
The taxpayers here argued that the prohibitory language in §280E should be read co-terminus with the language in §162 so that §280E should not block their depreciation deductions, taken under the gap-filling statute of §167.

Judge Toro rejected this argument by stressing what he calls the “true cost” of owning a physical asset.  That “true cost” is the consumption of that asset—and hence the consumption of the amount of cost—over a period of years to produce income.  True cost is not simply the amount paid or incurred to acquire the asset.  Depreciation is the method used to spread that initial amount over the period of time during which it will produce income.  Judge Toro relies heavily on Idaho Power v. Commissioner, 418 U.S. 1 (1974), but I confess I am not sure why.  That case involved a taxpayer who was trying to deduct certain costs actually incurred in the tax year at issue but was instead forced to capitalize those costs.  Today’s case seems the opposite: the taxpayer here seeks to recover, via depreciation, an item of capital cost incurred in a prior year.  Either way, however, what undoes the taxpayer here in the Court’s broad reading of “amount paid or incurred during the taxable year” as extending beyond those expenditures for which §162 allows deduction.

This reading of “amount paid or incurred during the taxable year” fits nicely with the broader purpose of gap-filling statutes such as §167.  Such statutes operate on the same principle as §162: it takes money to make money and the money it takes should be deductible from the money thus made.  And it’s that principle underlying §162 that §280E attacks for businesses that fall within its scope.  Of course, Judge Toro’s opinion does not rest on the purpose of the statute.  That’s my own gloss.  But conceptualizing how §280E fits into the structure of deductions in the Tax Code may yield insights that an intense focus on individual words might miss.

Which brings me to the second Lesson....

Lesson 2: §280E Prohibits Deductions Allowed by Over-lapper Statutes
Recall the Venn diagram from above.  The idea is that a charitable donation made by a business taxpayer might qualify for deduction under either §162 or §170, or both.  In today's case, the nature of San Jose Wellness's charitable donations is unexplained.  And unexplained stuff hurts a taxpayer, who bears the burden to prove an entitlement to a deduction.  The taxpayer here apparently argued that its charitable donations were not part of “carrying on” its business.  Without knowing any more details, however, we cannot just assume the donations fell into the §170 circle without also falling into the §162 circle.  And if the amounts were deducible under both §162 and §170, then §280E will zap ‘em.

Judge Toro appears to assume that the charitable donations at issue here qualified for deduction under §162.  He writes: “we see no reason to conclude that this action [the charitable donations] was somehow separate from, or outside the scope of, its business activities.”  That seems a reasonable assumption.  Usually a business donates money or product to a charity in order to promote its good standing in the community or as advertising.

Small silver lining for taxpayers:  I would not read this opinion as holding that §280E zaps all charitable donations.  One can imagine charitable donations unconnected to a business.  If, for example, this taxpayer had made donations to an animal rescue shelter, it would be difficult to see how that connected to the taxpayer’s business.  Reading §280E as prohibiting deduction of all charitable donation would transform the words  “carrying on any trade or business” into “made by any trade or business.”  That would not only warp the plain text, it would also run counter to the how §280E fits into the structure of deductions.  But I do not believe this opinion purports to do that.

Bryan Camp is the George H. Mahon Professor of Law at Texas Tech University School of Law. He invites readers to return to TaxProf Blog each Monday for a new Lesson From The Tax Court.

(02/23/21):
1. The purpose of section 167 that allows depreciation is not to permit a deduction that would not otherwise be available. Section 162 is not as precise as section 167 so that in the absence of a more explicit section, the former section might be interpreted to exclude a particular expenditure as a deductible expense. Clearly, depreciation of capital assets used in a trade or business meet the requirements of the more general section of 162 dealing with business expenses. The more explicit section is designed to provide more definitive rules for an admittedly business related expense. Congress chose not to allow the courts to define the parameters of deductible depreciation by providing tremendous specificity.

2. Idaho Power v. Commissioner, a well-known Supreme Court case on depreciation, held that depreciation might well have to be capitalized if the end product produced by an asset must be capitalized. While the case may not be directly on point, the decision did demonstrate that even in the context of a highly detailed statute, judges might still exercise their capacity for "interstitial" legislation without going beyond their judicial function.