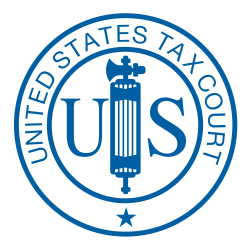 Two years ago on Valentine’s Day I was rear-ended.  The accident was, literally, a pain in the neck but the injury was relatively minor.  The insurance company fixed my car and also sent me a $2,800 settlement check.  Section 104(a)(2) permits me to exclude all of that $2,800 because of what I call the causality rule: taxpayers can exclude from income any amounts received “on account of” a personal physical injury.

We learn a good lesson about the causality rule in Timothy Stassi and Cindi Stassi v. Commissioner, T.C. Summ. Op. 2021-5 (Feb. 7, 2021) (Judge Kerrigan).  There, Ms. Stassi had sued her former employer.  They settled.  Part of the settlement check was to compensate her for having suffered through an unpleasant work environment, which (generously interpreted) caused a painful outbreak of shingles.  Both the IRS and the Tax Court said the payments were not “on account of” her physical injuries within the meaning of §104(a)(2).  Thus, Ms. Stassi could not exclude any part of the settlement check.

In this post I also want to draw readers’ attention to certain language in Judge Kerrigan’s opinion.  Yes, it is just a summary opinion and so carries no precedential weight, but if the opinion truly reflects Judge Kerrigan’s view of how the §104(a)(2) exclusion works, then it may signal a change in the law. Detail below the fold.

The Law: The 104(a)(2) Causality Rule
In one respect §104(a)(2) is very broad.  It permits taxpayers to exclude from gross income “the amount of any damages (other than punitive damages) received (whether by suit or agreement and whether as lump sums or as periodic payments) on account of personal physical injuries or physical sickness.”  I want to emphasize the word “any” in the context of the fully quoted provision.  Both are important for today’s lesson.

The causality rule of 104(a)(2) is a sharp departure from the “in lieu of” rule, a court-created rule that preceded adoption of §104(a)(2) and still operates outside the ambit of the statute.  The “in lieu of” rule only allows exclusion of those payments that substitute for something that would otherwise be excluded, such as recovery of a capital loss.  But if payments are in lieu of something that should be included in income---such as lost wages or profits---then the payments must be reported as income.  See Raytheon Prod. Corp. v. Commissioner, 144 F.2d 110 (1st Cir. 1944) (taxpayer’s recovery for defendant’s destruction of its business was taxable because taxpayer was unable to establish its basis in the destroyed business).

In contrast to the “in lieu of” rule, the §104(a)(2) causality rule simply asks whether the taxpayer has shown “a direct causal link between the damages and the personal injuries or physical sickness sustained.” Lindsey v. Commissioner, 422 F.3d 684 (2005) (8th Cir. 2005).  Thus, while lost wages would not be excluded under the “in lieu of” rule, they may well be excluded under the causality rule when the wages are lost “on account of” the physical injury.  As I tell my students, the crucial statutory word is “any.”  Any compensation for any damages arising from a physical injury is excludable.  That includes emotional distress and that includes lost wages.  That is certainly the meaning the relevant Conference Report gave to the language:

“Because all damages received on account of physical injury or physical sickness are excludable from gross income, the exclusion from gross income applies to any damages received based on a claim of emotional distress that is attributable to a physical injury or physical sickness."  H. Conf. Rept. 104-737, at 301 n.56 (1996), 1996-3 C.B. 741, 1041 (emphasis supplied).

The causality rule does not say how close the connection needs to be between the physical injury and the settlement payments.  Sometimes, the Tax Court has applied the causality rule very generously.  For example, in Parkinson v. Commissioner, T.C. Memo. 2010–142 (Judge Thornton) the taxpayer claimed that his second heart attack resulted from a hostile work environment where his employer failed to accommodate his known heart condition discovered after his first heart attack.  The complaint stated, in part that the taxpayer had “suffered severe emotional distress, manifested by permanent, irreparable physical harm in the form of his second heart attack and its sequelae” and that the taxpayer’s “psychological and medical problems” were caused by the defendant’s misconduct.

The Tax Court has not followed Judge Thornton’s reasoning in later cases.  It is usually not enough that some physical sickness is present in the facts of the case.  After all, emotional distress can cause physical manifestations, such as TMJ.  In the Lindsey case, for example, the taxpayer had sued his former firm for tortious interference with contracts.  At trial his doctor testified that during the tortious events (occurring over a period of two years) Mr. Lindsey suffered from hypertension and stress-related symptoms, including periodic impotency, insomnia, fatigue, occasional indigestion, and urinary incontinence.  But despite those objective physical manifestations, the causal direction was just wrong.  Judge Halpern had ruled that the causality ran from bad work environment to emotional distress and only then from emotional distress to physical injury.  On Appeal, the Eighth Circuit agreed: “We agree with the Tax Court that these health symptoms relate to emotional distress, and not to physical sickness.”  No exclusion.

The Tax Court tends to follow the Lindsey approach and not the objective/subjective approach from Parkinson.  See e.g. Collins v. Commissioner, T.C. Summ. Op. 2017-74 (relying on Lindsey and distinguishing Parkinson).

Sometimes both the causality rule and the "in lieu of" rule will apply in the same case.  My car accident is an example.  On the one hand, the payments I (constructively) received to repair my car were excludable under the Raytheon "in lieu of" rule.  Those amounts were not cause by my physical injury.  They were caused by the damage to the car!  But they were simply a return of my capital outlay in the care, my basis.  On the other hand,  all the other payments I received in the settlement check were on account of the physical injury and so excluded under the 104(a)(2) causality rule.

Facts and Lesson
While working for what is now VITA North America, a dental products company, Ms. Stassi came down with shingles, which can be a very painful and chronic condition.  At about the same time she got cross-wise with her employer which resulted in her being placed on unpaid leave.  Eventually she sued her employer for, among other things, “emotional distress with physical manifestations.”  VITA  settled the claim by paying her $80,000, designating about $10,000 as compensation for lost wages and the remaining $70,000 as payment for the emotional distress.

One should quickly see that the causality runs in the wrong direction.  There was simply no allegation that the alleged mistreatment at work caused the shingles.  Shingles are definitely a physical sickness!  But the allegation was only that the bad stuff that went down in her workplace caused emotional distress, which had a physical manifestation: shingles.

Comment 1: A Change in the Rule?
Judge Kerrigan’s holding is consistent with the causality rule.  However, in her explanation of the relevant law, she sets out the “in lieu of” rule as the applicable rule:

“To justify exclusion from income under section 104(a)(2), the taxpayer must show that his or her settlement proceeds were in lieu of damages for physical injuries or physical sickness. The nature of the claim that was the actual basis for settlement guides our determination of whether such payments are excludable from income. In evaluating the nature of the underlying claim, a key question to be asked is: “In lieu of what were the damages awarded?”  Op. at 6 (internal citations omitted).

Yes, that’s the rule from Raytheon but Raytheon was not a §104(a)(2) case.  Judge Kerrigan then seems to apply the “in lieu of” rule to the case, writing:

While in this case, both the causality rule and the “in lieu of” rule lead to the same result, I am not sure what to make of Judge Kerrigan’s description of the applicable rule.  On the one hand, it may just indicate nothing more than a slight mis-statement of the law in a non-precedential Summ. Op. opinion.  On the other hand, it might indicate that at least one Judge on the Tax Court is prepared to interpret the causality rule very strictly such that it is the same as “in lieu of” rule.  I do not think that is the correct reading of the statute, but I ain't the judge!  It is true that the "in lieu of" rule is well grounded in tax theory, whereas the causality rule is basically a Congressional override, serving no clear policy purpose.   Still, ya gotta respect the words of the legislature.

Coda: I tell my students that the legal distinction between “emotional” and “physical” damages is more and more problematic what with the changing medical understanding of the physiology of the brain.  Stress causes measurable physical damage to the brain.  So any one of my students may be the first lawyer to persuade a court that injuries traditionally dumped in the “emotional” box should really go in the “physical” box.  If you are looking for more on that, a good start is Betsy J. Grey, The Future of Emotional Harm, 83 Fordham L. Rev. 2605 (2015).

Bryan Camp is the George H. Mahon Professor of Law at Texas Tech University School of Law.  He invites readers to return to TaxProf Blog each Monday for a new Lesson From The Tax Court.

Causation is causation whether it can or cannot be broken down into links in the chain. Arbitrary requirement to not allow more than one chain link is not what Congress said and not a result of democratic constraints.