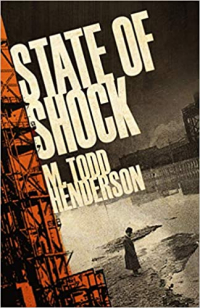 When Jante Turner is murdered just days before she takes the mantle as new dean of Rockefeller University Law School in Chicago, Royce Johnson is approached to help solve the murder. But Johnson doesn’t even have an investigator’s license, much less his old job with the FBI. In fact, he’s just been released from prison after serving a year-long sentence for his rogue investigation that led to the impeachment of a Supreme Court justice. Hero to some, a criminal to others, Johnson is hired by the new dean of Rockefeller Law to help clear his name from rumors swirling around the former dean’s unsolved murder.

Soon, Johnson finds himself at the intersection of higher education, Chicago politics, big money, and murder. As he chases down leads across campus and the South Side, the disappearance of an environmental lawyer at the University takes the investigation in a surprising direction. Johnson traces a river of corruption running from deep-pocket donors of the University to North Side developers and a South Side alderman who is heir to the throne in City Hall. In his desperation, he turns to the one lawyer who can help him—the former Rockefeller student whom Johnson mistakenly framed for murder on his last case. Marcus Jones now practices law, and although the relationship is strained for good reason, they team up to catch Jante’s killer.

Wounded and on the run—but able to connect dots that track from a toxic dump to environmental law to the pinnacle of the University—Johnson circles back to his client, the acting dean of Rockefeller Law, and explodes the man’s world by revealing the murderer. 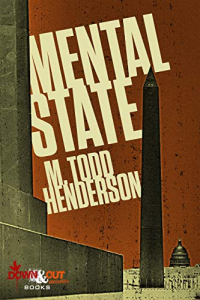 When conservative law professor Alex Johnson is found dead from an apparent self-inflicted gunshot wound at his house in Chicago, everyone thinks it is suicide. Everyone except his brother, Royce, an FBI agent.

Without jurisdiction or leads, Agent Johnson leaves his cases and family to find out who killed his brother. There are many suspects: the ex-wife, an ambitious doctor with expensive tastes and reasons to hate her ex; academic rivals on a faculty divided along political lines; an African-American student who failed the professor’s course.

As Agent Johnson peels back layers of mystery in his rogue investigation, the brother he never really knew emerges. Clues lead from the ivy-covered elite university and the halls of power in Washington to the gritty streets of Chicago and Lahore, Pakistan. Ultimately, Agent Johnson must face the question of how far he is willing to go to catch his brother’s killer.

Mental State is about two brothers learning about each other in death, and about the things people will do when convinced they are in the right.