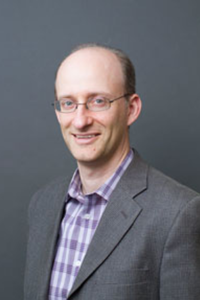 Conventional economic wisdom holds that governments cannot pay their bills by printing money. Running the printing press---or, at modern central banks, tapping a few keys to create electronic funds---causes inflation, and inflation can destroy economies. Yet as it turns out, since 2008 developed countries throughout the world have in effect printed trillions of dollars worth of new money without any real hint of inflation. In the United States, for example, this “seigniorage” (an Old French term for the power to mint coins) has produced revenue equivalent to 1⁄3 of all individual income taxes over the last decade.

The power of central banks to create revenue at this scale should transform how we think about the fiscal state, our system of taxing and spending. Yet because this phenomenon is new, runs contrary to decades of theory, and is not yet fully understood, no scholarship yet grapples with how governments should use seigniorage. Most nations’ basic architecture for revenue and spending decisions assume that taxes are the primary source of revenue.

What should happen to fundamental legal rules, such as balanced-budget requirements, debt ceilings, or the tax legislative process, when central banks are also key players in financing national expenditures? And how should the structure of central banks change to reflect this new power, which could turn into a dangerous temptation?