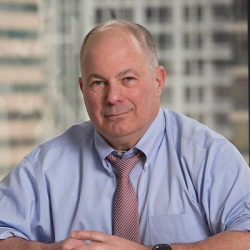 IAALS, the Institute for the Advancement of the American Legal System at the University of Denver, announced today that it has named Professor David Yellen as its new chief executive officer. Yellen will take over leadership from IAALS’ interim executive director Sam Walker on June 1, 2021.

“While serving a combined 14 years as law school dean at Hofstra University and Loyola University Chicago—and as president of Marist College—David forged a reputation for innovation and creativity,” said Walker, who has led IAALS for the past six months, while continuing to serve on its executive committee and fulfilling his role as Executive in Residence at the Office of the Colorado Attorney General. “His candidacy emerged following a comprehensive search with international executive search firm Heidrick & Struggles. This was the most comprehensive search for a leader in IAALS’ fifteen-year history, involving contacts with nearly 400 potential candidates and stakeholders, befitting a pivotal time for the American legal system and the rule of law. There is no more important time than now to realize IAALS’ mission. David’s uncommon energy, passion, and leadership experiences empower him to lead IAALS in its next chapter.” ...

Yellen served as Dean and Professor of Law at Loyola University Chicago School of Law for 11 years, from 2005–2016. He is a former faculty member of Hofstra Law School, where he held the Max Schmertz Distinguished Professorship and served as Dean. He has also been the Reuschlein Distinguished Visiting Professor at Villanova University School of Law and served as a visiting professor at Cornell Law School in 2000. After Loyola, Yellen served as President of Marist College from 2016–2019. Before beginning his academic career, he clerked for a federal judge, practiced law in Washington, D.C., and served as counsel to the Judiciary Committee of the U.S. House of Representatives. Yellen is currently serving as a visiting professor at Cornell Law School.