Bostonia, Trustee and Alum Endows New Antiracism Professorship at the School of Law: 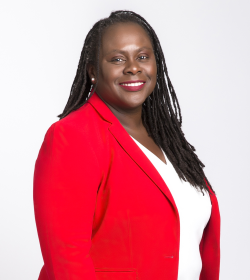 School of Law Dean Angela Onwuachi-Willig, a renowned scholar in critical race theory and an expert in racial and gender inequality, as well as antidiscrimination law, has been named as the inaugural Ryan Roth Gallo and Ernest J. Gallo Professor.

Endowed by Ryan Roth Gallo (LAW’99), vice chair of BU’s Board of Trustees, and her husband, Ernest J. Gallo, with a gift of $3 million, the professorship lines up with the School of Law’s history of being forward-thinking on inclusiveness in regard to race and gender. The professorship is not only the first one at the School of Law to support a faculty member whose research focuses on critical race theory (CRT), the study of systemic racism and its effects, with a preferred focus on the intersection of race and gender, it is the first professorship in CRT in the country. Roth Gallo, a member of the LAW Dean’s Advisory Board, describes CRT and one of its subspecialties, critical race feminism, as “exciting and important areas for modern legal scholars and practitioners.” ...

In addition to her antiracism work—which includes research on cultural trauma as experienced by African Americans in relation to repeated acquittals and lack of indictments in cases of police killings of Blacks—Onwuachi-Willig is a longtime advocate for building structures in academia that can enable individuals or institutions to overcome or tackle racism. In 2007, she founded the Lutie A. Lytle Black Women Law Faculty Workshop for mentoring current and aspiring women of color law faculty, which has resulted in the production of more than 1,200 articles, 125 book chapters, and 40 books, plus the appointments of one college president, one provost, 15 law deans, and numerous associate deans who are women of color since its founding. More recently, Onwuachi-Willig received the Association of American Law Schools inaugural Impact Award, along with four other Black women law school deans, for starting the Law Deans Antiracist Clearinghouse Center, a digital resources and community center for law deans, students, faculty, and the public.