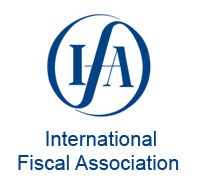 The recent addition to the Internal Revenue Code, the Base Erosion Anti-Abuse Tax (BEAT), is a subject of concern for many tax scholars and practitioners. This new provision joins a large family of measures that have been adopted worldwide and in the U.S.; however, unlike the other new International Tax provisions from the 2017 reform, the BEAT has neither a predecessor in prior laws nor in former proposals. To start, the phrase “Base Erosion” itself lacks clarity. Furthermore, the relatively short amount of time lawmakers took to enact the addition and the lack of any stated objectives require an inquiry into the objectives and original intent of this complex section of the code. This paper seeks to illuminate the original intent of the BEAT and the expansive language of its provisions by examining multiple factors such as its structure, legislative history, other International Tax principles, and the BEAT’s similarities to recent international tax trends – like Pillar II of the OECD BEPS or the Digital Services Minimum Taxes around the globe.

The mechanics and the language of the BEAT demonstrate major inconsistencies and ambiguities in its application. The broad definition of Related Parties suggests that one of its intents was to cover for the failure of the transfer pricing set of rules in the code. The relatively short legislative history shows some confusion as to the term Base Erosion at the beginning; however, the intent of this provision became clearer as the discussions progressed. The outbound and inbound Base Erosion provisions were enacted to cover for the failure of the current source rules to reflect the benefits that are provided by the U.S. to these taxpayers and as a unilateral international tax provisions that applies the Single Tax principle to set a minimum tax rate. This paper therefore leans on the similarities between the BEAT and the recent Digital Services Minimum Tax bills, Pillar II of the OECD BEPS, and the stated objectives of these bills, to examine the original intent of the BEAT based on its structure and the legislative history.

2021 IFA International Tax Student Writing Competition
Subject:  Any topic relating to U.S. taxation of income from international activities, including taxation under U.S. tax treaties.
Open to:  All students during the 2020-21 academic year pursuing a graduate degree. Any appropriate papers written in fall 2020 or spring and summer 2021.
Submission Deadline:  September 30, 2021.
Prize:  $2,000 cash, plus expenses-paid invitation to the IFA USA Branch Annual Meeting in Washington, D.C. in April 2022.

Here are the recent winners: