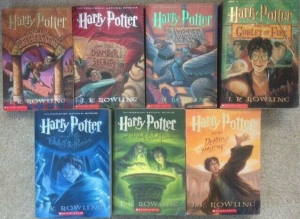 In the fictional Harry Potter universe, J.K. Rowling has fashioned a parallel world based on our own, but with the fundamental difference of a separate magical society grafted onto it. In Rowling’s fictional version, the magical population lives among the non-magical Muggle population, but we Muggles are largely unaware of them. This secrecy is by elaborate design and was brought about by centuries-long hostility toward wizards by the non-magical majority. But what if secrecy is precisely the wrong approach? What if widespread wizard-Muggle collaboration were precisely the thing needed to address the enormous and pressing problems of the day?

The secrecy and exclusivity of the wizarding world, when combined with the similarities between Harry Potter-style magic and American law, make Rowling’s world a useful cautionary tale for legal education.

This essay argues that law schools should reject their largely Hogwarts-style approach to the dissemination of legal knowledge in favor of increased educational paths appropriate to a liberal republican democracy invested in the rule of law. A modest but positive step in that direction is the establishment by law schools of legal master’s degree programs aimed at non-lawyer professionals. In a societal sense, these programs are a positive step in the direction of repealing the “statute of wizarding secrecy” that has long and implicitly accompanied legal education.