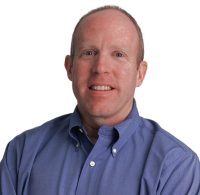 The federal income tax code has become increasingly complex over time with the implication that many taxpayers no longer understand the connection between their life decisions and their taxes. Some commentators have suggested that increasing computational complexity may be attributable in part to the proliferation of tax preparation software that renders such complexity manageable at filing time, but otherwise does nothing to mitigate the “black box” nature of the tax system. While such complexity and opacity undercut explicit incentives embedded in the Code, make planning more difficult, and undermine political accountability for taxes, they may also reduce the inefficient distortion or deadweight loss of the income tax, particularly with respect to higher-income taxpayers.

This Article argues that technology represents a potential response to tax complexity and opacity as well as a contributing factor. It argues that tax planning software can and likely will be used to restore “functional transparency” to the Code, for good or bad, alerting taxpayers to explicit incentives, allowing taxpayers to easily determine the tax consequences of their life decisions, and providing a means for improving fiscal citizenship, but also highlighting tax burdens in such a way as to increase deadweight loss. This Article also makes the case for government provision of planning software targeted at lower-income taxpayers in order to level the planning playing field and improve the take-up of tax incentives by this population, while avoiding facilitating social welfare reducing tax planning by higher-income taxpayers.