Taxing Trades: Proposals To Keep Moneyball Out Of Tax Law 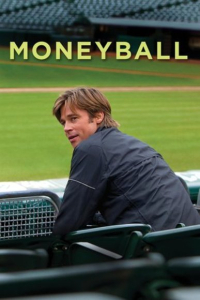 Ever since professional sports first captivated the hearts and minds of American fans, team scouts have scoured the land for athletic talent. Upon discovery, scouts must gauge the discovered player’s worth to their team, which is done through both observation and statistical analysis commonly known as “Moneyball.” However, as economists note, such valuation methods often fall short. Nonetheless, following the Tax Cuts and Jobs Act of 2017 (TCJA), current tax laws require that Internal Revenue Service (IRS) agents engage in the same player valuation conundrum to assess the tax consequences of trades between teams.

Before the TCJA, § 1031 of the Internal Revenue Code allowed trades of player contracts and future draft picks to go untaxed. Section 1031 allowed this because such trades constituted a like-kind exchange, which prevented any gain or loss from being recognized for tax purposes. Now, the TCJA has limited the non-recognition treatment afforded by § 1031 to real property, forcing IRS agents to ascertain the fair market value of player contracts and future draft picks to assess the tax consequences of trades. Adding to the conundrum facing the IRS, the Treasury Department has created a safe harbor permitting teams to treat player contracts and future draft picks as having a zero value for tax purposes; however, the Treasury Department has not released guidance addressing how valuations are to occur when teams avoid the safe harbor.

This article seeks to resolve the valuation conundrum by proposing the reformation of current tax laws such that trades are taxed in the same manner as before the TCJA. Congress may do so legislatively, or the Treasury Department may do so through reliance on the open-transaction doctrine. Not returning to the pre-TCJA manner of taxation is illogical for two reasons. First, the IRS is not capable of measuring the value of player contracts or future draft picks, making the administration of current tax laws infeasible. Second, applying current tax laws to trades is likely to reduce tax revenue because the current tax laws invite teams to reduce their tax liabilities without fundamentally changing their economic position, a process known as tax arbitrage.