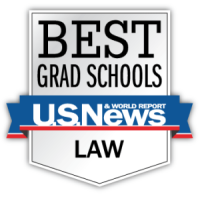 U.S. News & World Report conducts overall rankings and peer rankings of law schools. This Article reports the findings of a first-of-its-kind study designed to measure whether peer rankings are affected by a law school’s ideological reputation. The extreme disparity uncovered — combined with consistent findings in studies that measure other forms of ideological bias in legal academia — make a strong case for the existence of a conservative penalty and liberal bonus in law school rankings. This Article concludes by proposing a simple solution to circumvent this particular manifestation of ideological bias.

Conclusion
This study produced strong evidence for the existence of a conservative penalty and liberal bonus in law school peer rankings. Because these rankings are the leading factor in the overall rankings, this results in a similar conservative penalty and liberal bonus there as well. This finding is consistent with other research on ideological bias in legal academia. Fortunately, there is a simple solution to the problem of ideological bias in law school rankings. Removing the peer score from the overall ranking calculation will better inform prospective law students, reduce inefficiencies in the hiring market, and contribute to greater ideological diversity in law schools and legal scholarship