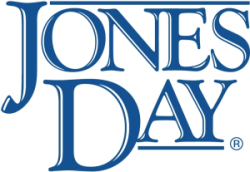 Jones Day’s links to Donald Trump’s presidency had been clear well before the firm was enlisted in the weeks prior to the November election in a fight over the fate of mail-in ballots that arrived after Election Day.

After a backlash emerged over willingness to take the litigation, the firm was quick to clarify that its engagement was not with the Trump campaign nor the Republican National Committee, but rather the Pennsylvania Republican Party. It also argued that its work was not an effort to contest the results of the general election, and contended that its legal efforts did not touch on the question of voter fraud. ...

Jones Day’s controversial election work has bubbled up after several years during which the firm’s personnel policies have been the subject of attention thanks to three high-profile lawsuits alleging multiple instances of gender bias at the firm. Jones Day has largely succeeded in the courts—the first accuser dropped her case after the firm returned her capital contributions, and the second set of plaintiffs just abandoned ambitious class action claims Monday—but the reputational impact of the salacious details revealed in litigation documents could be lingering.

Th effect of the election work and lawsuits against the firm may be particularly pronounced with younger lawyers, as they make choices about where to build their careers. Partners may be a different story. ...

Jones Day hasn’t seen the wave of resignations that former Republican figureheads in the Lincoln Project PAC called for on Twitter, after the firm continued to litigate over the late-arriving Pennsylvania ballots even though the November election had been decided in favor of Joe Biden.