Man Who Was Told He Failed Bar Exam Actually Passed; He Blames Software

ABA Journal, Man Who Was Told He Failed Bar Exam Actually Passed, and He Blames Software: 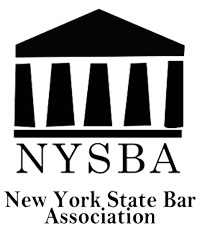 When Colin Darnell received word in December that he did not pass New York’s online bar exam, he had a feeling the scoring may have been wrong because he was one of various people with software problems during the test.

His instincts were correct, and according to him, two Multistate Performance Tests were submitted for scoring. Rather than scoring the one with his answers, his test was scored with a blank MPT, which he suspects was uploaded when ExamSoft support tried to fix his software problems remotely.

The correct MPT was graded last week, and Darnell says his total score climbed from 247 to 288. ...

The National Conference of Bar Examiners in an email to the Journal said it was unaware of Darnell’s situation. For the October online bar exam, scoring was left to the jurisdictions. In an Oct. 7 news release, the NCBE stated that 30,000 people took the remote October exam, which it described as a success, overall.

“I would not wish what I went through on anyone,” he says.