Los Angeles Times, Chapman Professor Will Retire After Uproar Over His Speaking at Trump Rally: 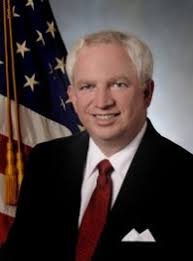 Capping days of growing uproar, Chapman University announced Wednesday that a professor who participated in the pro-Trump rally the same day that a violent mob stormed the U.S. Capitol would retire immediately.

John Eastman, an endowed professor and constitutional law scholar at Chapman, spoke alongside Trump’s personal attorney Rudy Giuliani at the “Save America” rally Jan. 6, making the unsubstantiated claim that “secret folders” inside ballot-counting machines skewed both the presidential and Georgia Senate race results in Democrats’ favor.

Chapman President Daniele Struppa said in a statement that the university and Eastman had reached an agreement and Eastman would retire immediately. Both parties agreed not to take any kind of legal action, including over claims of defamation, which Eastman had alleged.

More than 160 Chapman faculty members had signed a letter calling for the university’s faculty senate, provost, president and law school dean to take action against Eastman, including stripping him of his endowed professorship and removing him from teaching students.

After discussions over the course of the last week, Dr. John Eastman and Chapman University have reached an agreement pursuant to which he will retire from Chapman, effective immediately. Dr. Eastman’s departure closes this challenging chapter for Chapman and provides the most immediate and certain path forward for both the Chapman community and Dr. Eastman. Chapman and Dr. Eastman have agreed not to engage in legal actions of any kind, including any claim of defamation that may currently exist, as both parties move forward.