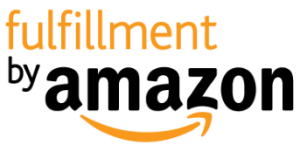 For about two years, advocates of small business say, the [California Department of Tax and Fee Administration] has been dunning out-of-state retailers that sold through Amazon’s marketplace prior to 2019, when Amazon started collecting sales taxes on those transactions — and seeking to collect taxes on sales from as far back as 2012. A trade association for those sellers has sued, accusing the agency of an unconstitutional overreach and unlawful discrimination.

The CDTFA’s mission is important, overseeing taxes that support schools, public safety and other essential services. And out-of-state online sellers that don’t collect sales taxes have an unfair advantage over in-state stores that do. That’s why state lawmakers around the country sought for years to force Amazon and other online retailers to collect sales taxes, ultimately leading the Supreme Court in 2018 to overturn decades-old precedents and let states require companies outside their borders to collect and remit taxes on sales to people inside their borders.

California did so through a law enacted in 2019. But the CDTFA argues that retailers that relied on Amazon to store and ship their goods are liable for taxes even before then, dating back to the first day any of their products were stored by Amazon in a California warehouse — even though Amazon is managing the entire process through its “Fulfillment by Amazon” program.

In its lawsuit, the Online Merchants Guild argues that the duty to collect those taxes should have fallen on Amazon, which acts as a virtual consignment store and should have been treated that way. But state tax officials gave the company a pass from 2012 to 2019, creating a hole that the CDTFA is trying to fill by retroactively taxing companies like Lollipop Seeds. ...

Amazon should have been collecting sales taxes for third-party sellers ... as soon as it opened a distribution center in this state. The state should stop hounding small businesses for sales taxes they didn’t know they’d be asked to remit and move on.