David Gamage (Indiana) presents On The Why And How Of Wealth Tax And Accrual Income Tax Reforms virtually at Minnesota today as part of its Perspectives on Taxation Lecture Series hosted by Kristin Hickman: 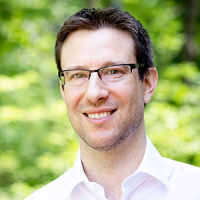 Drawing from his own materials to be distributed to attendees, our speaker will argue that either wealth tax or accrual income tax reforms are needed to fix the ways in which the existing tax system is broken with respect to mega-millionaires and billionaires. He will also describe his tax reform work for designing and implementing wealth tax or accrual income tax reforms at the U.S. state level.

David Gamage is a Professor of Law and a scholar of tax law and policy at the University of Indiana Maurer School of Law.  His has written extensively on tax and budget policy at both the U.S. state and federal levels, as well as on tax theory, fiscal federalism, and the intersections between taxation and health care.  Prof. Gamage has authored or co-authored over fifty scholarly articles and essays as well as a casebook, Taxation: Law, Planning, and Policy.