Following up on my previous post, Statement Of Congressman Raskin And His Wife On Their Son Tommy, A Harvard 2L, Who Took His Own Life On New Year's Eve:  Washington Post, ‘One Small Act of Compassion in Tommy’s Honor’: Kind Deeds Follow the Death of Rep. Raskin’s Son: 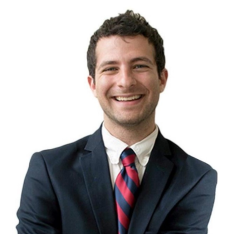 When Thomas “Tommy” Raskin died at 25 years old on New Year’s Eve, he left a farewell message for his family, including his parents, Rep. Jamie Raskin (D-Md.) and his wife, Sarah Bloom Raskin:

“Please forgive me. My illness won today,” Tommy wrote, according to a poignant tribute written by his parents. “Please look after each other, the animals, and the global poor for me. All my love, Tommy.”

Although Tommy’s note was intended for his family, the broader community is now heeding his words.

More than 175 people from the D.C. area and beyond have signed up so far to fulfill Tommy’s final wish by doing good deeds, large and small, in his name. People are adding the deeds to a Google document, along with their names and where they live.

“Please consider doing one small act of compassion in Tommy’s honor,” reads the document, which also says the list of acts will be compiled on Sunday and sent to Rep. Raskin’s staff.

ABA Journal, Harvard 2L Is Remembered With Acts of Kindness By More Than a Thousand People