Inside Higher Ed, Are Colleges Superspreaders?:

Since colleges and universities announced last summer that they would be opening their doors to students, critics have argued that doing so was irresponsible and would lead to infections and deaths in nearby communities.

New peer-reviewed analysis released today in Computer Methods in Biomechanics and Biomedical Engineering [Are College Campuses Superspreaders? A Data-Driven Modeling Study] suggests that, for some colleges, the link was indeed present. 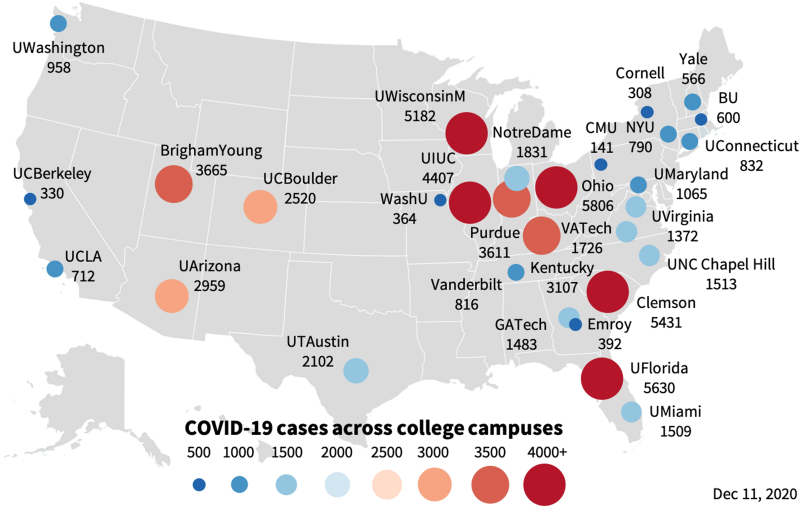 The analysis of 30 large U.S. universities indicated that in 18 of them, a peak in campus infections preceded a peak in the surrounding county by less than 14 days, suggesting infections were translated from the campus to the nearby community. In some cases, the home counties of these large colleges had infection rates much greater than the rest of their state.

The research follows a study along similar themes from the Centers for Disease Control and Prevention. That research found when large universities opened for in-person instruction, their home counties saw a 56 percent increase in COVID-19 infections in the next three weeks, compared to the three weeks before the start of classes.

Similarly, an analysis from The New York Times suggested there may be links between university outbreaks and deaths in nearby communities.