The Law School Gambit: Five Ways Chess Can Make You A Better Law Student (And Lawyer) 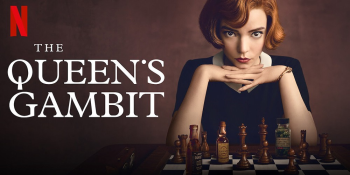 Paul Morphy was a 19th-century New Orleans chess prodigy who was the de facto world chess champion during much of his short life. He rarely lost when he played throughout Europe and the United States. He was also a lawyer who graduated from what is now Tulane Law School. As a student, he was said to have memorized the Louisiana Civil Code in English and French.

His father was a prominent Louisiana judge.

There are other talented chess-playing lawyers, though none, in my view, as brilliant at chess as Morphy. Three 20th century champions all agree that Morphy was among the greatest chess players of any era.

The general view is that he would have the chess grandmaster title, the highest title in the world of chess, if he were alive today.

As a law professor and high-level amateur player, I believe that playing chess is great training to be a successful law student and lawyer. Here are five reasons why. ...

Admittedly chess is just a game so most people play it for fun, whereas practicing law is a profession. Few chess players will reach the heights of Paul Morphy. Nevertheless, as one who has played chess at high levels and litigated federal and state court cases, I believe that chess develops important intellectual, emotional and competitive skills that are very useful in the legal field.

While I agree Chess can make you a better lawyer (memorize strategies, think many moves ahead), I think poker makes for the best lawyers. Watching for tells and figuring odds wins the game.