Tenured George Washington Law Professor Says He Was Suspended Without Cause

Inside Higher Ed, Law Professor Says He Was Suspended Without Cause: 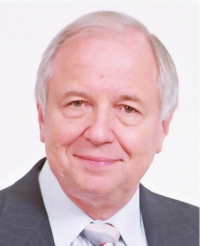 John Banzhaf, an outspoken professor of law at George Washington University, says he was involuntarily put on leave for the fall and possibly the coming spring term. Banzhaf, who is 80, previously requested a sabbatical for the fall term but was denied. He is currently staying in Florida and is afraid to travel back to the Washington, D.C., area due to COVID-19. In conversations with his dean, he questioned his ability to teach online effectively due to unreliable Wi-Fi access and lack of course materials in his trailer accommodations. Banzhaf's comments about his teaching capacity apparently raised enough concerns within the law school that he was granted leave without pay. But Banzhaf says he never requested leave, and he repeatedly told the law school that he would be willing to teach remotely. The university’s actions essentially amount to a suspension without any due process, he says.

The American Association of University Professors [AAUP] has slammed the George Washington University [GWU] for violating tenure during the pandemic by suspending without pay a tenured law professor without any "cause" (as required by its faculty code), and without any hearing to determine if there was any valid cause.

Public interest law professor John Banzhaf says that he may be a canary in a coal mine, and a harbinger of what GWU and other universities might try to do in order to slash costs or to rid themselves of outspoken professors.

This could be particularly serious because many professors at GWU are at risk for publicly calling for the censure if not dismissal of its president and provost, and have strongly condemned many of their actions, some of which were rolled back as a result of these widespread professorial complaints.

The AAUP, along with another major independent higher education organization, has demanded Professor Banzhaf's reinstatement, and the Department of Justice, the Office of Human Rights, the American Bar Association (which regulates law schools), and other bodies are mulling formal complaints against the university.

This determination by the AAUP is particularly important because the standards of the two independent bodies which accredit or regulate law schools in the U.S. - the American Bar Association [ABA] and the Association of American Law Schools [AALS] - require adherence to the standards regarding tenure of the AAUP.

In its similar letter of warning to GWU, the influential Foundation for Individual Rights in Education [FIRE] wrote GWU's action amounts to "an end-run around the protections of tenure."

Suspending a tenured faculty member is very rare if not virtually unprecedented, at least in the absence of a declaration of financial exigency or a slashing of course offerings, because of the huge barriers created by tenure. Thus many universities have declined - or failed - to rid themselves of even faculty members who have engaged in egregious actions.

Here, says Banzhaf, GWU has never even articulated a valid "cause" for his suspension without pay, much less held a hearing at which it would have the burden of proving it.

Banzhaf also notes that he was outspoken in criticizing GWU's announced plans to hold in-person classes in the Fall despite the enormous risks of COVID-19, especially to the many professors who are over 65 and/or have medical conditions which make them at very high risk of death, disability, or hospitalization.

Is PUBLIC INTEREST LAW PROFESSOR JOHN BANZHAF really referring to himself in the third person in that second link? And it seems to me that a professor refusing to teach at least approaches the penumbras of causation.