As a Cornell alum, this pains me:  Cornell Daily Sun, Snow Days No More: Students Not Warming to Cornell’s New Policy for the Coldest Days: 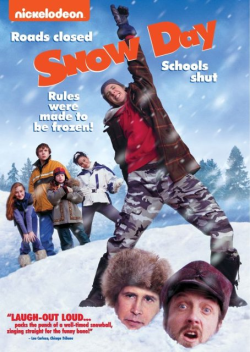 The days of students waking up early and checking their windows to see if enough snow has fallen for the University to close campus are now a relic of the past: Cornell has effectively axed the possibility of snow days — a casualty of the adaptation to virtual learning.

Virtual classes — which includes all classes currently, since the transition after Thanksgiving break — are expected to continue as scheduled. Cornell’s new policy is in effect for both the fall and spring semesters for this academic year.

While the move to online instruction during inclement weather seems like a capability perfected as a result of the pandemic, it has the, perhaps unintentional, effect of making snow days obsolete.

But even before DeStafano announced the new policy, snow days at Cornell were already a rarity, despite past inclement weather. The University canceled classes due to snow for the first time since 1993 in March 2017. Cornell saw another snow day in March 2018 after forecasts predicted Ithaca would receive at least six inches of snow. Most recently, the University had two snow days during the 2019 to 2020 academic year. ...

Without snow days, some students are worried about how their psychological wellbeing will be affected by the harsh winter weather in Ithaca: Dreiling said this policy “will bring an entirely new meaning to seasonal depression,” as students will be locked up in their rooms attending class rather than bundled up and enjoying the snow.