Following up on my previous post, Did Bob Dylan Sell The Copyrights To His 600 Songs To Avoid A Higher Capital Gains Tax Rate In The Biden Administration?:  Wall Street Journal Tax Report, Bob Dylan’s Catalog Sale Highlights a Tax Advantage for Songwriters: 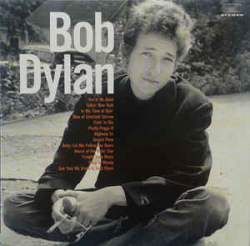 The answer, my friend, is blowin’ in the tax code.

The sale of Bob Dylan’s songwriting catalog to Universal Music Publishing Group, announced this week, likely means he is trading an ongoing income stream for a lump sum now. The price hasn’t been revealed but is said to be between $300 million and $400 million.

Mr. Dylan’s sale is the latest and largest of a spate of similar deals this year that come with significant tax benefits both for the songwriters selling the rights and for the companies buying them, and those incentives are encouraging transactions. ...

For musicians, a key advantage is that they can sell self-created works and owe capital-gains tax rates of 20% on the sale. That’s instead of owing ordinary tax rates of up to 37% each year on the royalty income they get from streaming, licensing and other uses of their works.

The lower capital-gains rate isn’t available to painters, filmmakers or videogame developers, who pay ordinary income-tax rates on sales as well as royalties.

The advantage exists because in 2006, senators and congressmen heeded the call of the country-music industry and created a special provision for songwriters. Then- Sen. Orrin Hatch (R., Utah), a Finance Committee member and published songwriter, also advocated for the change.

In addition, the 3.8% tax that applies to most capital gains and other passive income of higher earners likely doesn’t apply here because the songwriters are active participants in the business. ...

For the buyers of Mr. Dylan’s blue-chip catalog, there are potential tax benefits as well.

With interest rates near historic lows, buyers want the steady yields that music royalties promise to provide. That has led to a rush of deal-making. Last month, songwriter Stevie Nicks sold 80% of her rights in a deal that valued her entire catalog at $100 million. ...

Individuals and U.S. investors in funds buying catalogs typically have a 37% top tax rate and largely nondeductible state taxes, but corporate buyers have a 21% income-tax rate with deductible state taxes. That means an income stream could be worth more to a corporation on an after-tax basis than to an individual.

“The income is going to be taxed much more lightly in Vivendi’s hands than it would have been taxed in Dylan’s hands,” said Lawrence Zelenak, a Duke University law professor.

Moreover, the buyers can amortize their purchase price, often over 10 to 15 years. So the income stream comes with a stream of deductions that lowers the buyer’s tax bill in a way that individual creators can’t do.