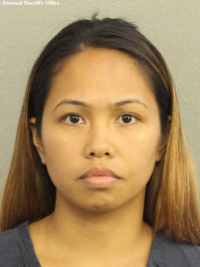 An appellate court in Tallahassee has denied a request from Katherine Magbanua, the final defendant awaiting trial in the murder of Florida State law professor Dan Markel, to be released from jail on bail.

In denying the request, a three-judge panel of the 1st District Court of Appeal said a full "written opinion explaining this disposition will follow." They did not say when.

Magbanua has sought several times to be free on bail but her attorneys have been rebuffed by two circuit judges who say there is enough evidence to hold her until trial.

The lawyers pointed to inconsistent testimony by one of Magbanua’s codefendants and to her willingness to testify at trial.