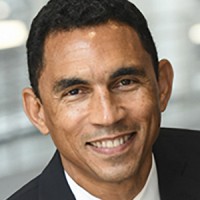 Until the late 1960s, it was the policy of the Federal Housing Administration not to subsidize or insure mortgages for homes located in areas where blacks lived, something called redlining.  As a result, banks seldom made loans to black homebuyers, creating an opportunity for real estate agents and speculators to exploit their plight through a process known as block-busting.  First, the speculators bought homes from whites at a discount after scaring them into thinking that blacks were moving into the area. Next, they resold the homes at an inflated price to black buyers through a device known as an installment sales contract.  Although such a contract permitted the buyer to pay for the home gradually over time, the buyer’s monthly payments and total cost far exceeded what they would have been under an FHA-insured mortgage.  Moreover, if the buyer missed a payment, the speculator got to keep the house and all the buyer’s prior payments.

Installment sales contracts are responsible for extracting billions of dollars in wealth from black homebuyers.  Moreover, those same dollars supported an elaborate ecosystem that enriched an extensive network of participants, including private investors and lending institutions in addition to the block-busters themselves.  Not only did this parasitic ecosystem owe its existence to a racially biased federal policy, it also allowed the federal government to collect much more tax revenue than it would have otherwise.  These tainted tax dollars arose for four reasons.  First, the volume of money changing hands was larger than it would have been if blacks had access to FHA-insured mortgages.  Second, the money within the ecosystem changed hands more often, with each transaction functioning as a separate taxable event.  Third, amounts that would have been partially taxed, tax-exempt or tax-deferred income were instead taxed in full in the current year.  Fourth, the taxable income generated within the ecosystem far exceeded any tax deductions available to the participants within it.

Past research has estimated how widely installment sales contracts were used and the amount of money that blacks lost as a result.  This Article will account for where some of the money went.  It specifically describes the extent to which it funded the very government whose racially biased policy was the catalyst that made the installment sales contract an instrument of racial plunder.