The Faithful Voters Who Helped Put Biden Over The Top

New York Times op-ed:  The Faithful Voters Who Helped Put Biden Over the Top, by Michael Wear (Not Our Faith PAC; co-author, Compassion (&) Conviction: The AND Campaign's Guide to Faithful Civic Engagement (2020)): 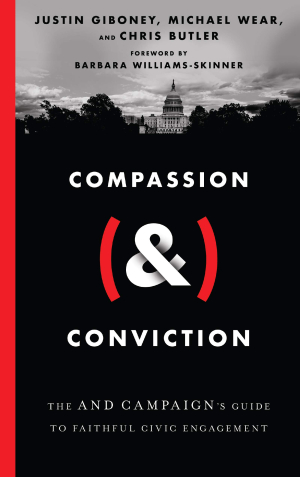 Joe Biden succeeded in his mission to end Donald Trump’s presidency, and he did so, in part, because of the wise, persistent and strategic way his campaign related to faith. This was not inevitable.

Mr. Trump’s re-election effort, like his campaign in 2016, relied on his ability to appeal to Christian voters directly, without robust competition. While Hillary Clinton certainly won among some religious communities, including people of faith who are racial or religious minorities, Democrats did not do nearly enough in 2016 to contest Mr. Trump’s explicit appeals to Christians of all backgrounds, who still comprise over two-thirds of the electorate. In 2016, Mrs. Clinton lost support among more religious demographics compared with 2012. In 2020, Joe Biden and his campaign insisted that would not happen again. Christians, and others, responded and made an essential contribution to Mr. Biden’s winning coalition.

While exit poll data will continue to adjust as the final votes are tallied, we already know that Mr. Biden’s outreach has been vindicated. Nationally, he won 23 percent of white evangelicals, closing the gap from 2016 by 11 percentage points (from 64 to 53). This amounts to a swing of well over four million votes nationally, which accounts for much of Mr. Biden’s lead in the popular vote. While there has been significant discussion of Mr. Trump’s gains among Black and especially Hispanic voters, Mr. Biden more than made up for those losses with his increased share of white evangelical support. ...

Mr. Biden’s campaign’s emphasis on faith made the work of outside groups focused on faith more sensible and effective. Not Our Faith PAC, where I served as a senior adviser, focused on explaining why millions of Christians would oppose Mr. Trump’s re-election, trying to head off what we knew would be an increasingly desperate and ridiculous series of appeals to religious voters in the final weeks of the campaign. Other efforts, like Faith 2020, Christians Against Trumpism & Political Extremism, Vote Common Good and Pro-life Evangelicals for Biden, played critical roles in the campaign. ...

I became an evangelical Christian during the middle of the George W. Bush administration. I disagreed with much of evangelical politics, but I saw in the faith something that could not be summarized by politics. The most important thing about me, my faith, was shared by people I profoundly disagreed with on politics. My faith influences my politics, but my politics is not my faith, and I have learned and gained much over the years from Christians with whom I disagree on politics.

Over these past four years, though, we have seen a president who positioned himself as a spokesman for Christianity but does not seem to believe that Christianity is bigger than politics. It often seems, in fact, that he does not believe Christianity is any bigger than himself. And because of this, and the fact that there are notable Christian leaders who uncritically support him, many in this country have come to doubt whether Christianity — evangelical or not — has much to offer them at all, that maybe it’s all a game. But it is precisely as a Christian that I feel compelled to address our political dysfunction directly.

Mr. Trump has been defeated, even if he has yet to concede. We now have the opportunity to restore the soul of America, yes, but that is not a job a president can do alone. We require leaders who intend to serve — not just to be served — but that too is not enough. We must ourselves become the kind of people our politics and our nation need.

Biden won the Presidency due to 45,000 votes in Arizona, Georgia, and Wisconsin, the population equivalent of a single suburban town. Nothing more and nothing less. If he hadn't carried those states by that margin, he wouldn't have won the Presidency.

Let's not draw grand conclusions about millions of people and why they voted for and against him. You could just as easily talk about Trump winning more of the black and latino vote, which also have religious character.

Those voters are going to be sorely disappointed. Biden has shown a particular animus to The Little Sisters of the Poor for openers. Most of his entourage and his future appointments are people with a bitter animus against matters of Faith. Reminds me of how people voted for Carter to punish Ford and the GOP for Nixon. They then got four years of high inflation and big problems with Iran and the Moslem world. What will be Biden's views ofn Islamic matters?