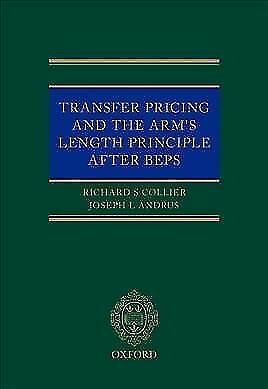 Well before the OECD’s BEPS Project began, there has been an ongoing debate over whether the Arm’s Length Principle (ALP) provides an adequate basis for determining the allocation of income between associated enterprises in cross-border controlled transactions, and whether the principle should be replaced by an alternative approach such as global formulary apportionment (FA). This debate, over the workability of the ALP, continues even after the OECD’s latest revisions of its Transfer Pricing Guidelines. The debate is exemplified by the commentary made by Richard S. Collier and Joseph L. Andrus in their book Transfer Pricing and the Arm’s Length Principle After BEPS, as well as by some of the responses to their book.

In this book review, I suggest that the debate needs to be realigned by revisiting the proposals of Professors Jinyan Li and Reuven S. Avi-Yonah, who called for a reconciliation of FA within the ALP-based system, if and as required; rather than continuing to advocate for the unlikely options of having states agree on either an exclusively ALP-based system or some other alternative system.

In light of recent developments which followed the publication of Collier and Andrus’ book, I suggest that some form of reconciliation after BEPS may be inevitable.