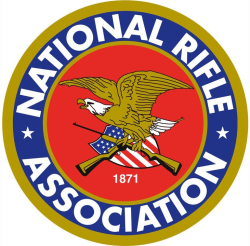 After years of denying allegations of lax financial oversight, the National Rifle Association has made a stunning declaration in a new tax filing: Current and former executives used the nonprofit group’s money for personal benefit and enrichment.

The NRA said in the filing that it continues to review the alleged abuse of funds, as the tax-exempt organization curtails services and runs up multimillion-dollar legal bills. The assertion of impropriety comes four months after the attorney general of New York state filed a lawsuit accusing NRA chief executive Wayne LaPierre and other top executives of using NRA funds for decades to provide inflated salaries and expense accounts.

The tax return, which The Washington Post obtained from the organization, says the NRA “became aware during 2019 of a significant diversion of its assets.” The 2019 filing states that LaPierre and five former executives received “excess benefits,” a term the IRS uses to describe executives’ enriching themselves at the expense of a nonprofit entity.

The disclosures in the tax return suggest that the organization is standing by its 71-year-old chief executive while continuing to pursue former executives of the group. The filing says that LaPierre “corrected” his financial lapses with a repayment and contends that former executives “improperly” used NRA funds or charged the nonprofit for expenses that were “not appropriate.”

LaPierre has reimbursed the organization nearly $300,000 in travel expenses covering 2015 to 2019, according to the tax return, which does not explain how that amount was determined or when LaPierre paid it. ...

Three tax and accounting experts who reviewed the 2019 tax return for The Post said the disclosures show the organization and LaPierre trying to take responsibility and avoid further legal jeopardy.

“This is the type of cleanup I would expect to see after a history of gross violations of nonprofit law,” said Philip Hackney, an associate professor of law at the University of Pittsburgh who worked at the IRS for five years until 2011 providing legal oversight of tax-exempt organizations.