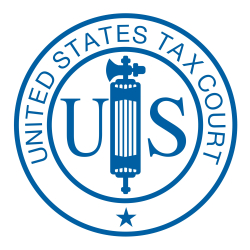 Today’s lesson is about timing, and the concept of administrative grace. Section 165 permits taxpayers to deduct losses from theft and §165(e) provides the timing rule: the loss “shall be treated as sustained during the taxable year in which the taxpayer discovers such loss.”

Rev. Proc. 2009-20 gives taxpayers who seek to deduct losses from certain Ponzi-type schemes some very generous safe harbors that relieve them of difficult substantiation requirements. But taxpayers seeking such shelter must navigate the specific procedural rules outlined in the Rev. Proc. One procedural rule is a bright-line timing rule about the year in which taxpayers could take the loss deduction. Taxpayers who do not use the Rev. Proc. are subject to the normal burdens of proving up the amount and timing of their theft losses.

In a consolidated case, Michael C. Giambrone et al v. Commissioner, T.C. Memo. 2020-145 (Oct. 19, 2020) (Judge Lauber), the taxpayers did not follow the Rev. Proc. 2009-20’s timing rule, but argued they should still get the relief given by the Rev. Proc. because their timing was consistent with the statutory timing requirement. Judge Lauber said no. Details below the fold.

Law: Section 165
The Tax Court tirelessly reminds us that deductions are all matters of legislative grace and thus taxpayers bear the burden to prove an entitlement to any claimed deduction.  Loss deductions under §165 are no different.

One important element taxpayers must prove is the year of loss.  Individual taxpayers who suffer a theft loss must prove they are deducting the theft loss in the proper year.  That can be difficult.  Generally, taxpayers are allowed to take the loss in the year they discover the theft, regardless of the year in which the theft actually occurred.  Treas. Reg. 1.165-8(a)(2).  However, the regulations put a really big caveat on that general timing rule: if in the year of discovery the taxpayers have a reasonable prospect of recovery on a claim for reimbursement from the thief, they must wait to claim the loss until a year where they no longer have a reasonable prospect of recovery.  Here’s how Treas. Reg. 1.165-1(d)(2)(i) puts it:

Proving up the proper year can lead to prolonged litigation.  Just ask Charles and Jane Adkins.  They were swindled by a pump-and-dump investment scheme.  They discovered the scheme in 2002, pursued legal action (an arbitration) against the swindler that year and into 2003 but then stopped paying their attorneys upon learning that DOJ was investigating the fraudsters.  The federal government indicted the fraudsters in 2004 and 2005.  That year, the Adkins decided to file amended returns for 2001 through 2004 to claim theft losses each year, eventually filing suit in 2010.  Meanwhile they may or may not have continued the arbitration.  Those facts were in dispute and led to 10 years of litigation including two different trips to the Federal Circuit before the taxpayer eventually prevailed.  See Adkins v. United States, 856 F.3d 914 (Fed. Circ. 2017)(remanding back to trial court); Adkins v. United States, 960 F.3d 1352 (Fed. Cir. 2020)(reversing trial court's decision against taxpayers).  Either of the Federal Circuit opinions will give you a very good sense of how difficult this timing issue can be.

To minimize litigation over the proper year for deduction of certain kinds of theft losses occurring over a multi-year period, the IRS has issued guidance that gives taxpayers a bright line rule which the IRS will accept as proper timing if taxpayers properly follow the guidance.

Background: Rev. Proc. 2009-20
Charles Ponzi gave his name to a particular type of fraudulent investment scheme.  It operates on the Rob-Peter-To-Pay-Paul principle: earlier investors are paid returns from new money invested by later investors.  It’s an inherently unstable arrangement and most Ponzi schemes do not last long.  Ponzi started his scheme in 1919 and it collapsed by mid 1920.

Bernie Madoff, however, broke the record books.  He pulled off the biggest Ponzi scheme in world history not only in amount of money stolen, but in the length of time the scheme operated undetected.  It is not clear when he started defrauding investors but the scheme was far enough along that by 1992 complaints triggered an SEC investigation.  It was not until 2008, however, that the scheme collapsed.  Over those 16 years, it had ensnared almost 5,000 taxpayers who had probably lost between $10 to $17 billion.

To help taxpayers affected by Madoff---and future taxpayers affected by similar Ponzi schemes---the IRS issued two guidance documents.  Rev. Rul. 2009-9 explained how the IRS would interpret §165 in a way very favorable to such taxpayers.   And the IRS also issued Rev. Proc. 2009-20.  Both were issued on March 17, 2009.

Rev. Proc. 2009-20 explains that determining whether and when affected taxpayers would meet the statutory requirements for claiming a theft loss for an investment in a Ponzi scheme are highly factual determinations that taxpayers often cannot make with certainty in the year the loss is discovered.  The purpose of the guidance was to give taxpayers “a uniform manner for determining their theft losses. In addition, this treatment avoids potentially difficult problems of proof in determining how much income reported in prior years was fictitious or a return of capital, and alleviates compliance and administrative burdens on both taxpayers and the Service.”  Rev. Proc. 2009-20 §2.04.

When it applies, Rev. Proc. 2009-20 gives taxpayers a safe harbor to deduct either 75% or 95% of their investment losses.   As relevant to today's lesson, the Rev. Proc. provides that the IRS will not challenge a taxpayer’s choice of what year to take the deduction, if the taxpayer takes the deduction “in the discovery year described in section 4.04 of this revenue procedure.”  That section, in turn, gives the following bright-line timing rule: “A qualified investor’s discovery year is the taxable year of the investor in which the indictment, information, or complaint described in section 4.02 of this revenue procedure is filed.” Rev. Proc. 2009-20, §4.04.

The Rev. Proc.’s bright-line timing rule thus eliminates that messy “reasonable prospect of recovery” issue that entagled Mr. and Ms. Adkins in a decade of litigation and catches up so many other taxpayers.

Taxpayers do not have to use Rev. Proc. 2009-20.  Use of the safe harbor requires an election, and the Rev. Proc. provides that taxpayers who do not elect into the Rev. Proc. are subject to the general rules under §165, including the rule that they “must establish that no claim for reimbursement of any portion of the loss exists with respect to which there is a reasonable prospect of recovery in the taxable year in which the taxpayer claims the loss.”  Id,. §8.01.

Facts
Mr. Giambrone and his brother went into the real estate lending business through a bank they established in 1999.  They did not do well.  Eventually, in 2009, they turned to one Mr. Farkas for help in raising capital.  Turns out that was a bad choice.  Mr. Farkas was a fraudster who was criminally indicted for bank, wire, and securities fraud in 2010.  He stood accused of stealing over $1 billion from various financial institutions, including the Giambrones’ bank.  2010 was thus the "discovery year" for purposes of Rev. Proc. 2009-20's safe harbor and that is the year the Giambrones should have taken the deduction.

Instead, the Giambrone brothers claimed theft loss deductions for tax years 2012, 2013, 2014 and 2015.  Still, they attempted to elect the Rev. Proc. 2009-20 treatment.  On audit, the IRS disallowed the loss deductions and sent out an NOD asserting a tax deficiencies totaling over $1.5 million against each brother.  The borthers petitioned the Tax Court and Judge Lauber heard the cases together.

The Giambrones argued that the Rev. Proc.’s bright-line definition of discovery year was inconsistent with the statute and regulations.   They said their choice of the tax years was the proper choice under the statute rather than the the year the Rev. Proc. told them to use.  So they should get the benefits of Rev. Proc. 2009-20's simplified reporting because they picked the "better" year.

Judge Lauber explained that the Giambrones “are laboring under a fundamental misconception.”  The Rev. Proc. was a safe harbor where the IRS was bending the statutory rules in favor of taxpayers to avoid disputes.  The Rev. Proc. did not deny any tax benefit otherwise authorized by the statute or regulations.  Rather, it provided additional benefits. As Judge Lauber wrote, “it is an exercise of administrative discretion on the part of the IRS, offering beneficial treatment for categories of theft losses meeting certain well-defined conditions.”    By definition those conditions were going to be narrower than what the statute and regulations would otherwise authorize.  If a taxpayer wanted the benefits provided by the Rev. Proc., the taxpayers had to follow the rules of the Rev. Proc.  Or, as Judge Lauber put it: “The Giambrones cannot gain the benefit of it without adhering to its conditions.....”

Comment:  Duh?
The statutory timing rule is a messy facts-and-circumstances rule that allows taxpayers to argue for the most appropriate year to claim a theft loss deduction.  In contrast, the Rev. Proc.’s timing rule is much cleaner:  it says the year of discovery must be “the” year where the fraudster was indicted.  Notice that the year that is proper under the Rev. Proc. may not be proper under the statute.  That is, the taxpayer may still have a reasonable prospect of recovery in the indictment year, which would make the Rev. Proc. year contrary to the proper year under the statutory rule.

That, I think, was the Giambrones’ argument on why the bright-line timing rule in Rev. Proc. 2009-20 was inconsistent with the statutory timing rule.  As Judge Lauber points out, however, that argument is simply a non-starter.  The whole point of the Rev. Proc. was to give taxpayers an easy out.  Sure, maybe the year provided for in the Rev. Proc. is in some sense the “wrong” year under the statute.  Who cares?  As long as the taxpayer claims the loss in the year that meets the Rev. Proc.’s bright-line rule, the IRS will not challenge the resulting deduction as being taken in the wrong year and will allow the taxpayer the other reporting benefits outlined in the Rev. Proc.  That’s the whole point of a safe-harbor provision: the IRS tells taxpayers “do it this way and we’ll say ok.”

The Giambrones will still get to litigate the propriety of deducting their losses.  But they must do so the old fashioned way and bear the usual burdens of production and persuasion.  They are entitled to no help from the Rev. Proc.  To get administrative grace you have to follow the administrative rules.

Bryan Camp is the George H. Mahon Professor of Law at Texas Tech University School Thereof.  He invites readers to return every Monday for another thrilling Lesson From The Tax Court.