California’s state budget faces a dramatic boom-and-bust period over the next four years, analysts said Wednesday, a roller-coaster period that could begin with a $26-billion tax windfall and later plunge to a projected deficit of $17.5 billion by the middle of 2025. 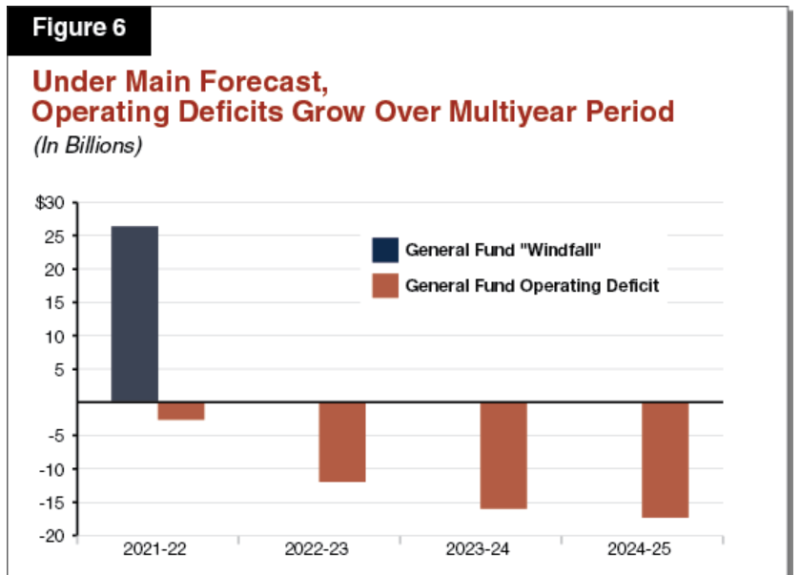 Though the gradual trend toward budget shortfalls was expected when lawmakers and Gov. Gavin Newsom crafted a state budget in June, the large supply of extra cash — equal to almost 20% of all current-year spending out of California’s general fund — is a surprise, Legislative Analyst Gabriel Petek said.

“Many of us thought that the state revenues were headed for a plunge,” Petek said Wednesday of fears over an economic slowdown sparked by the pandemic. “But as it turns out, revenues have proven to be much more resilient than that.”

In essence, the report issued by analysts [The 2021-22 Budget: California's Fiscal Outlook] said that state officials may have over-corrected in trying to limit spending in the budget year that began on July 1. The budget signed by Newsom was designed to erase a projected $54.3-billion deficit and assumed the recession would lead to a sharp decline in tax revenues. As a result, lawmakers agreed to tap the state’s cash reserves and used one-time spending delays in hopes of staving off deep cuts to funding for schools and social services.

Instead, the state’s tax revenues have remained strong — in part, Petek said, because high-income residents have not suffered any notable setbacks and California’s budget relies heavily on those taxpayers. 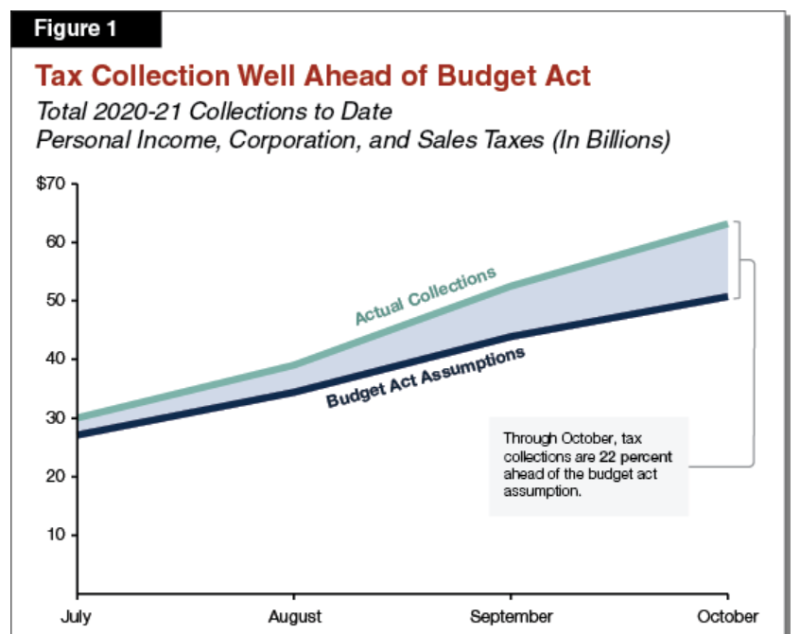 “The progressive nature of the personal income tax structure has actually worked to the state’s benefit in the current environment,” Petek said.

Possibly as much as $1 billion of that surplus was paid to prison inmates, literally, who fraudulently applied for and received unemployment benefits this year.

Deep Blue governance seems to be synonymous with extreme waste of taxpayer dollars. And the elected representatives like the Governor just shrug and enjoy their pricey dinners at the French Laundry in violation of pandemic orders...

Is it all those owners of expensive California homes selling for a fat capital gain then moving to Texas or Florida?