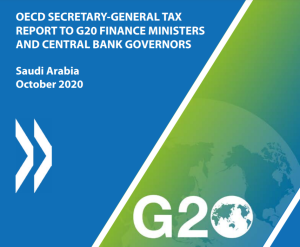 International negotiators said on Monday that they would not reach agreement this year on how and where to tax technology giants like Google and Facebook, as talks remain hindered by the pandemic and an ongoing dispute between the United States and other wealthy nations.

World governments have failed to agree to new rules on taxing the profits of multinational companies, a long-running point of tension between the U.S. and Europe over levies paid by the likes of Apple Inc. and Google and one that has raised the threat of trans-Atlantic tariffs. ... [T]he Organization for Economic Cooperation and Development, the forum for the talks, said on Monday that governments have failed so far to agree on new rules.

The world’s rich nations have drafted a set of technical principles which would revolutionise the corporate taxation of multinational companies and could raise $100bn in extra tax revenues around the world. The blueprints of the new system are ready to be implemented if political agreement can be reached next year, the OECD said on Monday.