Should Law School Deans Have A Chief Of Staff?

Harvard Business Review, The Case for a Chief of Staff: 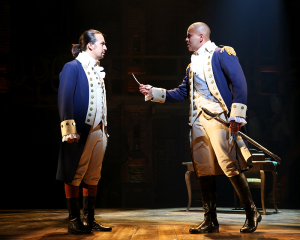 Most new CEOs pay little attention to a key factor that will help determine their effectiveness: the administrative system that guides day-to-day operations in their offices. This system ensures that leaders make the most of their limited time, that information arrives at the right point in their decision-making process, and that follow-up happens without their having to check. Many new CEOs default to the system they’ve inherited, even if it is poorly suited to their style or to the operational changes they must make. Often there’s a better way to handle the information flow necessary for a CEO to succeed—and very often a chief of staff (CoS) can play an essential role. ...

Although each leader should tailor the position to his or her own  needs, the CoS should handle several principal duties, all focused on making time, information, and decision processes more effective. Patrick Aylward, a vice president and CoS at Horizon Blue Cross Blue Shield of New Jersey, breaks the job down into five roles: serving as an air traffic controller for the leader and the senior team; as an integrator connecting work streams that would otherwise remain siloed; as a communicator linking the leadership team and the broader organization; as an honest broker and truth teller when the leader needs a wide-ranging view without turf considerations; and as a confidant without an organizational agenda. Aylward points out that “while a CEO’s other direct reports typically emphasize their own areas, a good CoS can consider the needs of the whole enterprise.”

The most sophisticated chiefs of staff also assist CEOs in thinking through and setting policies—and making sure they are implemented. They anticipate problems and are especially sensitive to issues that require diplomacy. They function as extra eyes and ears by pointing out political potholes their bosses may not recognize (especially if the bosses are new to the company). Importantly, a CoS acts with the implicit imprimatur of the CEO—something that calls for humility, maturity, and situational sensitivity.

The CoS role is decidedly different from that of the leader’s executive assistant (EA). Unlike an EA, a chief of staff works autonomously and does not handle routine correspondence or manage the leader’s day-to-day schedule. The highest-level CoS should be a full-fledged member of the senior leadership team, albeit without the rank or compensation of a C-suite officer.

Regardless of specific responsibilities, a CoS can help a leader achieve sharp gains in productivity and impact. ...

The CoS role originated in the military and government, and it dates back centuries. Cicero, the Roman politician and orator, used a slave named Tiro, who, according to Cicero’s biographer Zach Bankston, served as a secretary, a financial overseer, and a political strategist. Andrew Roberts’s Napoleon: A Life describes the vital role that Louis-Alexandre Berthier played in assisting Napoleon at the height of his powers. The historians Ron Chernow and Joseph Ellis have described the CoS–like role that Alexander Hamilton played for George Washington. These people aren’t to be confused with the personal secretaries or aides-de-camp that each leader also had. Rather, they were close advisers who handled the most-delicate strategic matters and became trusted confidants. ...

Everyone requires help to achieve his or her highest potential and to sustain the effort it takes to lead a complex organization. The right chief of staff can be an important source of assistance to leaders who are pushing their organizations and themselves to ever better performance.

Medium, Chiefs of Staff Are Necessary for Politics, But Not Always Great for Companies:

I have no doubt that many corporate leaders find that hiring a chief of staff makes their lives easier — by reducing the friction of their work. But that doesn’t mean that the chief of staff role, and its proliferation within companies beyond CEOs to more junior executives — is a good thing for the companies themselves.

To be clear, I’ve worked with many good people who have filled chief of staff roles ably. But I’ve also seen many cases where the role either hasn’t worked, or it has created unintended negative effects in the corporate culture. As a result, when past bosses have asked me whether they should hire themselves a chief of staff, my answer has been no.

Many people are familiar with the role of White House chief of staff — the person who runs the daily operations and strategy of the White House. Each Member of Congress, many Governors, and some state legislators all have a similar chief of staff.

One critical point is that in politics, the principal (the President, Member of Congress) isn’t just at the top of the org chart — they’re also the product. Every single thing the White House staff says and does is about what the President wants or is doing; he or she is the product they are selling, managing, and executing for.

As a result, political offices are structured so that chiefs of staff are the main decider on administrative matters — office hiring, budgets, and processes. The principal is rightly focused on their positions, voting, policymaking, and advocacy that they deputize operational responsibility to the chief of staff, who is effectively a COO and chief strategist, combined.

In contrast to politics, company executives are not the product (as political principals are), and corporate leaders are expected to manage and make tough decisions on administrative and organizational questions themselves.

In a typical company structure, a leader sits at the top of a company or organizational pyramid, often with different interests and views represented just below them. Many of these differences among the leader’s direct reports can’t be worked out on their own without the leader clearly setting priorities. The team below the leader expects the leader to resolve differences and make decisions. In fact, some might say that making those decisions that can’t be solved at lower levels is one of the leader’s main jobs.

Protocol, Everybody Wants a Chief of Staff, Even When They Don't Know Why:

Tech twitter has been abuzz over a Medium piece that questions whether the role actually works for Silicon Valley. Adam Kovacevich, the lead for Lime's North America & Asia Pacific government relations and public affairs team, argued in the piece that just because chiefs of staff work well in politics, that doesn't mean they can do the same for tech. He says that C-suite executives use them as crutches in weaker areas, make them glorified executive assistants and train the spotlight on the leader, not the company.

"As corporate chiefs of staff proliferate, they've become almost a status symbol for the ambitious executive — as potent a symbol of power as a corner office or an executive assistant," Kovacevich wrote.

The role first made waves a few years ago, when executives including Elon Musk, Peter Thiel and Mark Zuckerberg hired chiefs of staff, but it's now a fairly common practice at small startups, too. Kovacevich told me that he decided to write the piece because he was frustrated with the growing fad of tech executives, blinded by ambition, hiring a chief of staff without thinking through the role.

Many former chiefs of staff agreed with him. The role can be useful, they said, but not when the executives are looking for their own personal Leo McGarry or Leon Panetta.

"There are a lot of tech executives who are of the age and generation (I include myself in that) who grew up watching 'The West Wing.' Leo McGarry is still the archetype of what you think of as the chief of staff," said Dex Hunter-Torricke.

The title is borrowed from the White House position because everyone thinks it makes them sound important, forgetting that the WH position is actually in charge of the entire staff. Another "status symbol" as the second article points out and often a wasteful one. What most chiefs of staff are is a combo of the old fashioned executive secretary and personal assistant. So, yes, deans should have one of those. There's nothing wrong with that type of position, many of which where eliminated when Silicon Valley and Wall Street told everyone that clerical and admins were no longer needed in the digital office. And, of course, they were wrong, as they are about so much else in the modern world -- money spent on really competent admins and clericals comes back to the organization at least five-fold from increased efficiencies in the use of management time and high-performing workers.

Perhaps educational institutions should be comprised of nothing but administrators. No faculty, no students, just admin.