Daniel Shaviro (NYU) presents What Are Minimum Taxes, and Why Might One Favor or Disfavor Them? virtually at NYU today as part of its Tax Policy Colloquium Series hosted by Lily Batchelder: 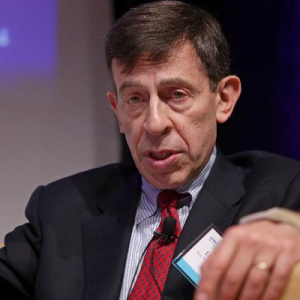 Minimum taxes (including global minimum taxes) have serious drawbacks, and generally make sense, if at all, only if otherwise superior options must be ruled out for reasons of optics or political economy. Yet, given the “compared to what?” question that haunts all real-world tax policymaking, one cannot reasonably say that they should never be used. Still, any such use should generally be contingent, reluctant, and based on understanding their structural deficiencies. ...

Conclusion
To a veteran of the 1986 tax reform, such as I am, the recent rise of interest in global and other minimum taxes induces feelings somewhere between déjà vu and nauseous regurgitation. In retrospect, the history of the AMT is not encouraging with regard to minimum taxes more generally, although some of the problems that it had were contextspecific. The basic logic behind relating two tax bases, or tax liability computations with respect to the same base, in the manner that results from employing minimum taxes, seems generally elusive.

Relevant information conveyed by the relationship between two measures can potentially be used without either purposive or technical minimum taxation. The creation of discontinuous marginal incentives and of distinct tax clienteles, although not unique to minimum taxes, appear to be, at best, unfortunate byproducts of one’s needing to advance broader policy aims under some set of constraints (such as political ones).

Bad though minimum taxes may generally be – at least, leaving aside the inevitable “compared to what?” question – there is every reason to expect that tax policy entrepreneurs will continue proposing them. The very term “minimum tax” connotes, whether accurately or not in particular cases, a small, easily managed adjustment to the overall tax system that most taxpayers can ignore due to a presumed rifle shot focus just on those among them who paying less than a fair share. This may afford such proposals favorable political optics that may be hard to forgo, especially if more direct paths to a desired direction of policy change are unavailable.

Thus, it is plausible that minimum taxes should sometimes be used (or at least seriously considered), despite their drawbacks. Yet any such use should generally be contingent, reluctant, and based on understanding their structural deficiencies.