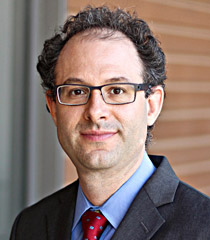 We are in the midst of overlapping national crises, which call for a national response. So far the national response has not been adequate. Facing revenue shortfalls and constrained by balanced budget rules, the states have started to cut services, a cruel response that will perpetuate the misery. It would be far better to raise taxes on those who can afford to pay as compared to making such cuts. But can states raise enough revenue fast enough? Likely not.

What if the Federal Reserve extended long-term loans to the states at the federal government’s cost of funds and only for revenue shortfalls caused by the pandemic/recession? I argue that the Fed could and should do so and that, if the Fed were to make the offer, then the states should take it and could take it under current state law (at least in some states). To be clear, borrowing from the Fed is far inferior to direct federal support, but, I argue, borrowing is far better than making cuts during a pandemic and recession.

So far the analysis is addressed just to the current crisis and develops a rather unlikely scenario because the Fed seems to have no interest in participating. Are there broader lessons? This is, after all, the second crisis of the 21st century in which a limited federal response left the states in a tenuous place. I think the notional Federal Reserve program that I sketch provides several implicit lessons. First, it makes sense for the states to engage in emergency borrowing if the terms are right. Second, there should be rules that restrict the size of the borrowing. Third, there should be an independent third-party that serves as a gatekeeper and makes sure the rules are followed.

It turns out that these three lessons largely re-invent the wheel, as the Fiscal Compact that the EU member states entered into in 2012 requires similar provisions. And so one way to summarize the argument of this paper is that the states should update their 19th century fiscal constitutions by adopting 21st century fiscal rules.

Note that the adoption of a modern fiscal constitution has implications for state tax policy. It is of course the case that the broader and more stable a tax base, the less a state will need to cut to balance its budget during a downturn. But it is also the case that the broader and more stable the tax base the more a state will be able to borrow so that it will not need to engage in cuts at all during a downturn. Thus there is another reason that a broad and stable revenue systems at the state-level can provide quite progressive results if analyzed as part of a public finance system.

Are the states running out of money the same states that were running out of money before the pandemic? i.e., CA, NY, NJ IL. If my friend has mismanaged his money all his life, what do I think will happen if I lend him more money? Will he change his ways or continue to spend unwisely?

Oh, yes, and since the EU states are doing so well and spending so wisely, I will use them as an example of how to fix things.

Cutting back spending can never be done intelligently, so “mo’ money, mo’ money. The author KNOWS the answer so it is not necessary to convince the reader – simply stating the author’s conclusion is enough.