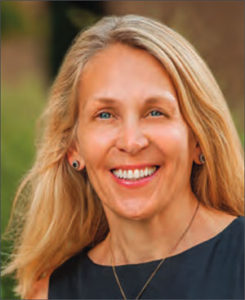 The first-ever multijurisdiction online bar exam is in the books, and bar authorities in many states have deemed the pandemic-prompted experiment a success—citing high completion rates among the approximately 30,0000 law grads who took the remote test. Among the many bar examiners breathing a sigh of relief is Judith Gundersen, president of the National Conference of Bar Examiners (NCBE), the organization that develops the exam components.

It has been a long—and wild—bar exam cycle characterized by shifting plans and forceful advocacy by law graduates who felt that requiring them to sit for a licensing exam during a pandemic was unnecessary and even cruel. Ultimately, there were three separate in-person administrations spread across July and September, a large online exam given Monday and Tuesday, and several online exams given earlier by individual states. Five states are allowing law graduates to become licensed without taking the exam. And it’s not over yet: Florida will give a one-day, online bar exam Oct. 13, while Louisiana has delayed the one-day exam it planned for Oct. 10 to Oct. 20 due to an incoming hurricane.

The bulk of this year’s applicants took the online exam, and some have voiced complaints about technological issues they encountered on the exam, in addition to earlier concerns over data privacy, potential discrimination against non-white test takers and those with disabilities by the artificial intelligence used to monitor the exam, and the equity of an online test when not everyone has access to stable Internet. Law.com caught up with Gundersen on Thursday to get her assessment of how things went, address concerns over the content of the online exam’s questions, and what she makes of reports that some online test takers were forced to urinate on themselves during the test. Her answers have been edited for length. ...

Having talked to quite a few examinees this week, my sense is that the process leading up the bar and the online test itself has really left a bad taste in the mouths of many. They are really unhappy with how this unfolded. What would you like to say to them? We’re certainly sympathetic to anyone who experienced an issue during the remote exam. With respect to the entire bar exam cycle, there were a lot of people working night and day to try to make licensing options available. I understand it’s a very hard time for applicants—to have spent their second semester online, and to be confronted with the pandemic and the uncertainty. I completely understand the anxiety and the resentment and anger about it. But a lot of people were working hard to give them opportunities to get a license.

Somehow the FAA manages to "sit" applicants for exams without any trouble and none of the examinees whine about it.