Meet The Excel Warriors Saving The World From Spreadsheet Disaster 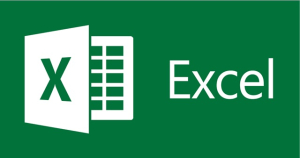 David Lyford-Smith is an expert at solving spreadsheet mysteries. Once, in a previous job, he was sent a payroll form to look over for a new starter. It had the number 40,335 in a random box, and payroll wasn’t clear why it was there. “So they assumed it was a joining bonus for the employee and drew up a draft pay slip with a £40,335 bonus,” he says. But, when it comes to spreadsheets, assumptions can be costly.

Lyford-Smith isn’t just a spreadsheet enthusiast. He’s the technical manager for the Institute of Chartered Accountants in England and Wales (ICAEW), running its Excel community group — and as such has always been suspicious of numbers in that range. “That’s how Excel stores dates, as serial numbers,” he says. He was right: that wasn’t a generous signing bonus, but the new hire’s starting date.

Lyford-Smith is part of a community of accountants, auditors and Excel power users who have joined forces in a quiet battle against illogical formulas, copy-and-paste errors, and structural chaos that cause data carnage.

Last week, the government stumbled into its own spreadsheet nightmare when it admitted contact-tracing efforts were stymied by a simple data processing mistake. They’re not the first to fall victim to the curse of Excel – and they won’t be the last either. ...

Research suggests more than 90 per cent of spreadsheets have errors, and half of spreadsheet models used in large businesses have “material defects”. Given some 750 million people use Excel globally, there are plenty of errors needing attention. One prominent researcher calls spreadsheets the dark matter of corporate IT. And that’s why people like Lyford-Smith have become defenders of the spreadsheet, mitigating the risks by fixing everyone else’s mistakes. ...

That’s a common theme for this work: even the people who make a spreadsheet can’t always explain what’s happening in it. ...

In the end, the problem isn’t spreadsheets, but people. Lyford-Smith says horror stories such as the contact-tracing chaos tend to spark a backlash against Excel. “But Excel is universally available and very accessible,” he says. “People are going to keep using it and usually the problems aren’t systems problems, they’re management or risk problems.” Until we get better at Excel, we’ll need people to protect the world from its own dependence on poorly designed spreadsheets.