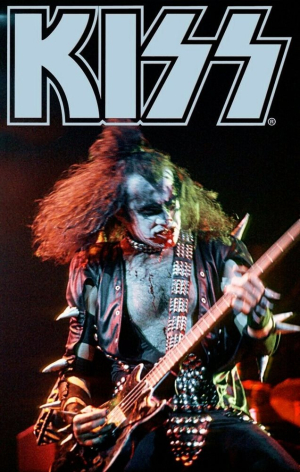 Having recently stated his desire to leave California, Kiss bassist Gene Simmons has placed his Beverly Hills home on the market, with an asking price of $22 million.

The listing, held by the Altman Brothers of Douglas Elliman, call it a "palatial estate" and an "incredible one of a kind 16,000 square-foot mansion." It features seven bedrooms and bathrooms with a 40-foot foyer, and the 1.84-acre property contains a pool with a 60-foot water slide, full-size tennis court and parking for 35 cars. The house was shown extensively on Gene Simmons: Family Jewels, his reality show that ran on A&E between 2006 and 2012. ...

He'll be moving to another property he owns, a 24-acre estate near Mount Ranier in Washington, due to the lack of a state income tax, his expressed reason for leaving California. “California and Beverly Hills have been treating folks that create jobs badly and the tax rates are unacceptable,” he said earlier this week. “I work hard and pay my taxes and I don’t want to cry the Beverly Hills blues but enough is enough.”

Kiss California goodbye. There are still two good things about Los Angeles, the longitude and the latitude.