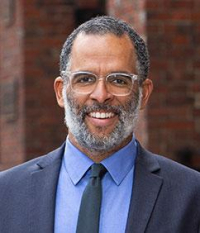 Influential states and organizations guard a material constitution—identified here as the Classification and Assignment Constitution—that in turn shields multinationals from cross-border taxation. The rise of global digital giants against a backdrop of crisis has drawn disputes over the limits of its core algorithm into the light. This article shows why and how resisting reforms such as expanding the roles of marginalized states in that constitutional order threatens its long-term stability. ...

Over the last decade, during what the ongoing pandemic has revealed to be merely the eye of a fiscal storm, persistent inequality and austerity attracted an unprecedented level of attention to the way states collect revenues to meet their growing needs. A window of time that might have witnessed a restructuring of global tax policy instead culminated in an internecine struggle over how—and whether—the profits of digital giants such as Amazon and Google fit within its rigid numerus clausus algorithm.

The arrival of COVID has only exacerbated those unresolved tensions. This article offers a glimpse of what might have been—and perhaps still could be—by imagining a world in which marginalized countries willing to gamble on a new approach to taxing cross-border transactions gain a voice in setting the global tax policy agenda. Empowering additional constitutional actors would bring fresh perspectives to bear on perennial challenges, inviting increased innovation while decreasing errors.