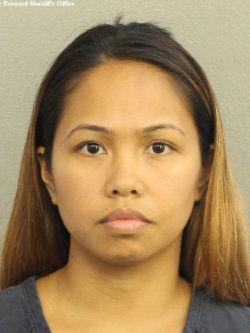 As we first reported on Sept. 3, Magbanua’s attorneys have asked a judge to release her with a GPS tracker to await trial at home, citing COVID risks in jail and a mistrial last year.

Magbanua was scheduled to be retried in April, but the Florida Supreme Court halted all jury trials due to the pandemic. A new retrial date has not been set.

Markel’s family laid out their concerns in a four-page letter and asked for the opportunity to be heard if the judge schedules a hearing on the issue. “There is a significant risk that she would flee, attempt to influence witness testimony or otherwise tamper with trial evidence, and/or conspire with or be influenced by members of the Adelson family,” family attorneys Orin Snyder and Matthew Benjamin wrote.

The Adelsons have never been charged in the case and have repeatedly denied any involvement in Markel’s murder. Magbanua too has maintained her innocence.