The selection of a minimum bar exam passing score (“cut score”) shapes the representation of racial and ethnic minorities in the legal profession and the quality of access to justice in the state. This study provides an empirical analysis that shows how higher cut scores create disparities within the attorney licensing system and affects the diversity of new licensees. Analysis of disciplinary statistics from 48 jurisdictions also shows that establishing a high cut score does not result in greater public protection when measured by disciplinary statistics.

The study’s first data set included 85,727 examinees who sat for 21 administrations of the CBX from 2009-18 and the race and ethnicity of each examinee. Both historical actual and simulated cut scores were analyzed. The study’s second data set used the ABA discipline data from up to 48 U.S. jurisdictions from 2013-18 and the cut scores in each jurisdiction to examine the relationship between minimum cut scores and rates of attorney discipline.

A simulation analysis using actual examinee scores confirmed that selecting a lower cut score would have significantly narrowed the achievement gap between Whites and racial and ethnic minorities and would have increased the number of newly admitted minority attorneys in California. 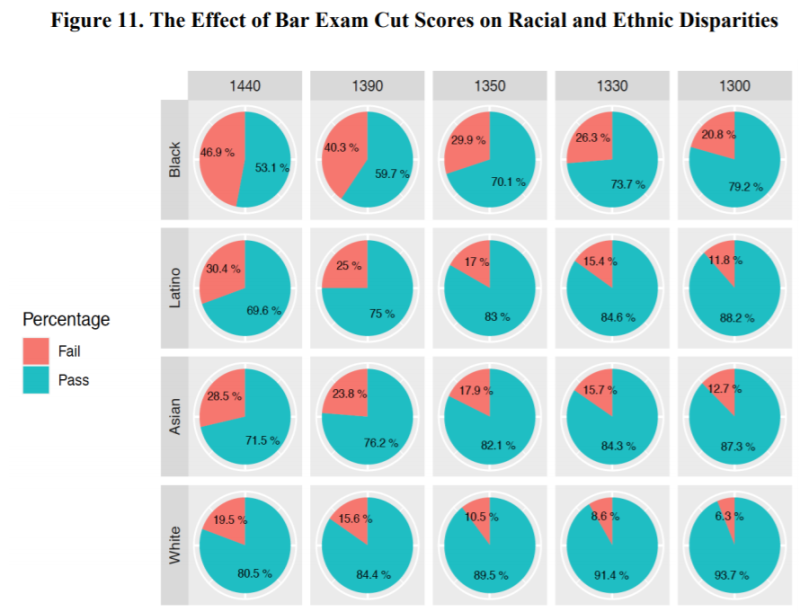 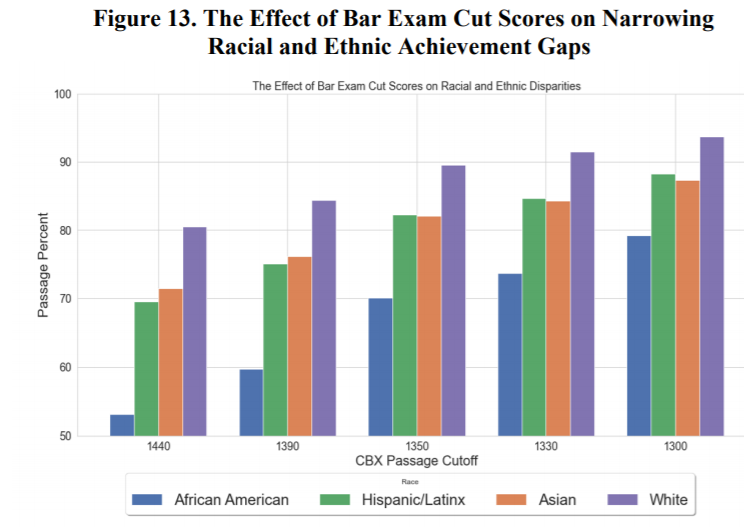 The study also determined that no relationship exists between the selection of a cut score and the number of complaints, formal charges, or disciplinary actions taken against attorneys. The study results indicate that maintaining a high cut score does not result in greater public protection as measured by disciplinary statistics but does result in excluding minorities from admission to the bar and the practice of law at rates disproportionately higher than Whites. 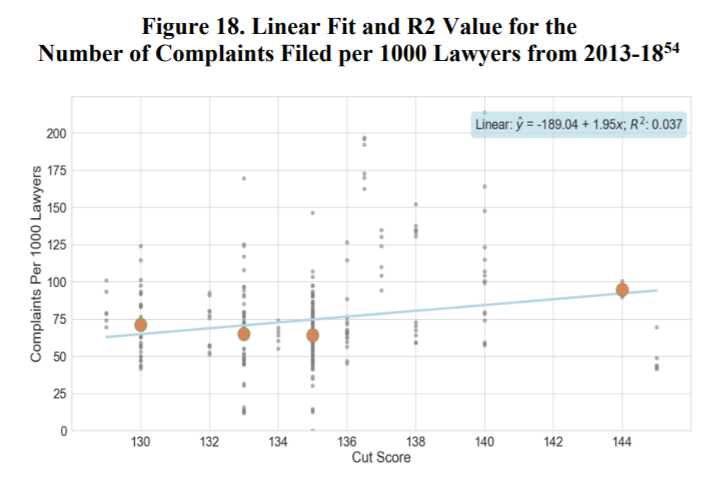