Los Angeles Times,  Controversy Over USC Professor’s Use of Chinese Word That Sounds Like Racial Slur in English: 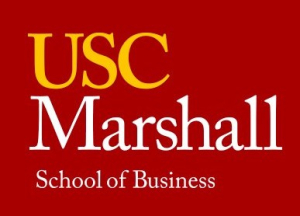 A business professor at USC is no longer teaching his communications course after Black students complained that a Chinese-language example he used during class sounded like a racial slur and harmed their mental health.

Marshall School of Business professor Greg Patton was giving a Zoom lesson in his “Communication for Management” class on Aug. 20. The course, a three-week intensive, is part of the core requirements for first-year master’s of business administration students.

Patton’s resume describes him as “an expert in communication, interpersonal and leadership effectiveness” who has taught and led programs in the Pacific Rim for more than 20 years.

That day’s lesson focused on building confidence and improving presentation skills, according to a class syllabus. When Patton, who is white, began discussing the use of filler words like “um” and “er” in speech, he offered an international example.

“Like in China the common word is ‘that’ — ‘that, that, that, that,’” he said, according to video recordings of the class circulated on social media. “So in China it might be ‘nèi ge’ — ‘nèi ge, nèi ge, nèi ge.’ So there’s different words that you’ll hear in different countries, but they’re vocal disfluencies.”

Patton was referring to 那个，which in Mandarin is commonly pronounced nèi ge (NAY-guh) or nà ge (NAH-guh). He was using the former pronunciation.

To some students, the word sounded like the N-word in English. The next day a group of Black master’s candidates in the class of 2022 wrote a letter to Marshall Dean Geoffrey Garrett. ... The students said their mental health had been affected and they were unable to focus on their studies. ...

In an email to all MBA students on Aug. 24, Garrett said that Patton “repeated several times a Chinese word that sounds very similar to a vile racial slur in English. Understandably, this caused great pain and upset among students, and for that I am deeply sorry,” Garrett wrote. “It is simply unacceptable for faculty to use such examples or language in class because they can marginalize and harm you and hurt your feelings of psychological safety. As a school, we must and we will do better.” ... In a statement, the school said Patton “agreed to take a short-term pause” from teaching the course, and another instructor took over. Patton continues to teach his other courses. ...

This week a group of nearly 100 USC alumni, most of whom are Chinese by ethnicity or nationality, wrote to the school’s administration in support of their professor, saying his use of the Mandarin word for “that” was accurate and “an entirely appropriate and quite effective illustration of the use of pauses.”

Eugene Volokh (UCLA), If Employers Believe That Hearing the Mandarin "Neige" (Meaning "That") "Affect[s]" Black Students' "Mental Health, would they be likely to hire blacks for jobs in China, or anywhere where they might have to hear Mandarin?:

I wrote on Thursday about USC Business School professor Greg Patton (who, among other things, is a specialist on business in China) being taken out of his business communication course, and being replaced by a different professor. Prof. Patton's offense: In a discussion of "filler words," such as "um" and "er," he gave the Mandarin "neige" (literally, "that") as a foreign example—and he pronounced the word, as do many other Mandarin speakers, similarly to [n*****].  The word is apparently indeed used, routinely, as a filler word in Mandarin. ...

Our mental health has been affected. It is an uneasy feeling allowing him to have the power over our grades. We would rather not take his course than to endure the emotional exhaustion of carrying on with an instructor that disregards cultural diversity and sensitivities and by extension creates an unwelcome environment for us Black students. His careless comment has impacted our ability to focus adequately on our studies. ...

[I]s it really a good idea for organizations of black students to make assertions that, if believed, will make black graduates less appealing to many rational employers?

Why do administrators cave in to the unreasonable demands of students? This isnn't an isolated instance. Those in charge need to man up (no microagression indended
-- as if that matters) and use the common sense they were born with.

Ted: "There are real evils in the world."

Yes, I'd say that the 500+ violent riots in 200+ cities in America over the past 3 months qualify as evil acts by criminals and leftists who hate this country.

But this is an academic blog that posts articles of relevance. If you object to the choices of articles, you can always go somewhere else and start your own blog.

I will say though: if this prof is a Democrat, then he’s getting good and hard what he voted for.

@Ted Seto: We don’t welcome this story. Although to you this one appears clearly ridiculous, there are actually many others that are just as ridiculous.

The infantilization of black men and women continues unabated. Thanks, white libs!

This is similar to a situation where a DC government official was fired for using the word “niggardly” [“reluctant to give or spend; stingy; miserly”] which has nothing whatsoever to do with race.

An almost identical situation occurred when a University of Wisconsin literature professor read a passage from a book in his Chaucer class that contained the word "niggardly" and was immediately cited under the University’s speech code.

As a colleague noted: “"If the proper use of a Chaucerian term while teaching 'The Canterbury Tales' could be construed as harassment of a student who did not know the word's spelling or meaning, then the code was teaching some interesting expectations.”

It’s also similar to what happened at my George Washington University [GWU] where a student was suspended and almost expelled for briefly posting an ancient religious symbol which one student briefly mistook for a German Swastika before his error was pointed out to him.

For this GWU was awarded the 2015 College Stupidity Prize for the "the stupidest and most outrageous events that occurred on campus during the last academic year." The citation read in part:

"Over the course of this academic year, George Washington University . . . bizarrely contemplated a ban on a sacred Hindu symbol because it resembles a Nazi swastika. The administration . . at the school in Washington, D.C. also left open the option of expelling a Jewish student who brought the symbol, a Sanskrit svastika [with a ‘v’], to campus."

“John Banzhaf, a famed public interest law professor at the GW Law School, took up the cause of the embattled student [and eventually prevented his expulsion]. ‘It’s like banning the 6-pointed Jewish Star of David because some people might mistake it for the pentagram symbol and human sacrifice, or expelling a student for using the word ‘niggardly’ because other students may mistake it for a racist word and get upset,’ Banzhaf analogized.”

“In fact, circa 1990, the school board in Lubbock, Texas did essentially the same thing George Washington U. officials are now doing when it attempted to ban certain nefarious religious imagery in an ill-fated dress code.
Officials in Lubbock were distressed 25 years ago about symbols of Satanism: pentagrams, upside-down crosses — that kind of thing.
The Lubbock ban included the peace symbol (a symbol “among the Heavy Metal and Occult groups” of “the ‘Cross of Neri'”), any upside down cross, any pentagram, the anarchy symbol and, of course, the yin/yang symbol.
As Banzhaf notes, Lubbock’s effort to stamp out the evils of satanic symbolism appear to have been greeted with national derision and scorn.”

If he had used the word "niggardly" how long do you think it would take before he was fired?

In fact, how do they operate on a daily basis in the outside world. They might accidently hear two Chinese speaking Mandarin, and they will be sent running down the street screaming. They really need just to stay home all the time so they won't be exposed to any microaggressions.

There are real evils in the world. This does not appear to have been one of them. It is important to fight real evils. But every time we cry “wolf,” we lose some of our ability to mobilize others when real wolves are at the door. I'm willing to bet that Mr. Trump's allies welcomed this story -- as an example of politically correct overreach.

This is infantile. That’s a legitimate Chinese word. Grow up.